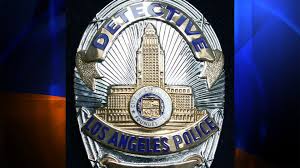 After a man was bound over for trial and in police custody, detectives became aware that additional demand-note robberies, perpetrated with the same distinctive modus operandi as those for which the man was being held, had occurred in the same part of Los Angeles. The detectives never disclosed the true state of affairs, and, instead falsely asserted in police reports that the crime spree caused by the Demand Note Robber ceased with the man’s arrest. The man was incarcerated pending trial for over two years. As soon as the prosecutor became aware of the evidence of someone else’s fingerprints found at the scenes, charges were dropped against the man. In the man’s action brought under 42 U.S.C. § 1983, a jury found the detectives liable for violating the man’s constitutional rights for failing to disclose compelling exculpatory evidence to the prosecutor, and that the detectives did so with deliberate indifference. The Ninth Circuit affirmed the district court’s judgment in favor of the wrongly-incarcerated man against the detectives as well as the award of attorney fees to the man. (Tatum v. Moody and Pulido, LAPD Detectives (Ninth Cir.; September 17, 2014) 768 F.3d 806.)

For years you diligently save up to buy your first house. After months of searching through listings, you finally find your dream home and make an offer that gets accepted. Just days before closing, everything goes smoothly until you get an email from your "real estate agent" … END_OF_DOCUMENT_TOKEN_TO_BE_REPLACED

According to the Bureau of Transportation, around 13 car crashes occur every minute in the U.S. When an accident happens it's important to know what steps to take and how to protect your rights. The most important step you can take is to hire a qualified car accident attorney … END_OF_DOCUMENT_TOKEN_TO_BE_REPLACED