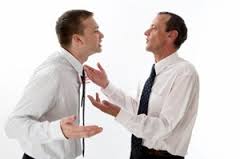 Plaintiff, a heterosexual man, worked for a city, and filed an employment action, contending he was sexually harassed by two of his male supervisors and then retaliated against when he complained about the sexual harassment. The trial court granted summary judgment in favor of the two supervisors and later granted the city’s motion for judgment on the pleadings. Plaintiff’s retaliation claim proceeded to trial, and plaintiff testified about some extremely gross conduct and language on the part of one of the supervisors, and it was argued there was a course of conduct that supervisor was pursuing a romantic relationship with him. On plaintiff’s retaliation claim, a jury returned a special verdict finding the city engaged in conduct that materially and adversely affected the terms and conditions of plaintiff’s employment but the city’s conduct did not cause plaintiff’s harm. The court entered judgment in favor of all defendants. With regard to the two supervisors, the appellate court reversed the grant of summary judgment on one and affirmed the other, stating: “Under both Title VII and FEHA, sexual harassment can occur between members of the same gender as long as the plaintiff can establish the harassment amounted to discrimination because of sex.” With regard to plaintiff’s retaliation claim, the appellate court reversed for reasons which included error in the exclusion of evidence. (Lewis v. City of Benicia (Cal. App. First Dist., Div. 1; March 26, 2014) 224 Cal.App.4th 1519, [169 Cal.Rptr.3d 794].)

If you are a business owner, then you know that contracts are an important part of doing business. Contracts set the parameters for a deal and protect both parties involved. Unfortunately, contract disputes can happen. If you think you might be dealing with a breach of contract, … END_OF_DOCUMENT_TOKEN_TO_BE_REPLACED

If you're in the market for a property ownership attorney, it's important to know what to look for. Not all attorneys are created equal, and you'll want to make sure you choose one who is experienced, educated, reputable and responsive.  In this blog post, we will go over five … END_OF_DOCUMENT_TOKEN_TO_BE_REPLACED

When you’ve lost someone close to you, the last thing you may want to think about is filing a lawsuit. However, in some cases, wrongful death suits can be the best way to get justice for your loved one and ensure that the responsible party is held accountable. What is a … END_OF_DOCUMENT_TOKEN_TO_BE_REPLACED