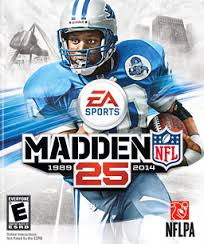 Both the trial and appeals courts were called upon to “balance the right of publicity of former professional football players against [a video game company’s] First Amendment right to use their likenesses in its Madden NFL series of video games.” Madden NFL allows video game users to play virtual football games between National Football League [NFL] teams by controlling virtual players, or avatars. Each annual version of Madden NFL includes all current players for all 32 NFL teams, along with accurate player names, team logos, colors and uniforms. The video game company pays the NFL’s official players’ association an annual licensing fee in the millions of dollars to use current likenesses. But plaintiffs here are former professional football players, 6,000 in total including Tony Davis and Billy Joe Dupree, whose likenesses are used in the video game company’s “historic teams” games. In affirming the trial court’s denial of the video game company’s motion to dismiss, the Ninth Circuit noted the video game company acknowledged the substantial commercial value of using virtual avatars of current players, and did not provide a persuasive reason why the same does not apply to former players. The appeals court concluded no First Amendment protection was in order. (Davis v. Elec. Arts, Inc. (Ninth Cir.; January 6, 2015) 775 F.3d 1172.)

Did you know that on average, 95% of lawsuits are settled before they go to trial? With that statistic in mind, hiring a personal injury lawyer to handle your claim can ensure that you're getting the amount you deserve from your claim, regardless of the stage at which you're … END_OF_DOCUMENT_TOKEN_TO_BE_REPLACED

Landlord-tenant law can be complex, and it's a constantly evolving area of law. To ensure that both landlords and tenants are aware of their rights and responsibilities, it's important for them to understand the basics of landlord-tenant law in California. Having a Landlord or … END_OF_DOCUMENT_TOKEN_TO_BE_REPLACED

Homeowner construction flaws and unforeseen shortcomings can quickly become complex and difficult to manage. With the amount of work involved in the construction process, there's a high potential for errors to occur at any stage. If something goes wrong, it can be hard to know … END_OF_DOCUMENT_TOKEN_TO_BE_REPLACED