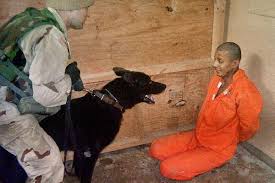 Last year, we reported the following:  “Whistleblowers Beware. . . Disclosures Made In The Course Of Official Duties Outside Protection Of First Amendment.”  A detective reported that another officer engaged in abusive interrogation tactics.  He was told to stop sniveling and was thereafter placed on administrative leave.  He filed a civil rights action under 42 U.S.C. § 1983.  The trial court granted summary judgment and the Ninth Circuit affirmed.  Dahlia v. Rodriguez  (Ninth Cir.; August 7, 2012) 689 F.3d 1094; (Vacated by, Rehearing, en banc, granted by Dahlia v. Rodriguez (Ninth Cir.; December 11, 2012) 704 F.3d 1043.

An en banc Ninth Circuit reconsidered the matter.  The facts are that following an armed robbery at a bakery, plaintiff, a detective in the Burbank Police Department, was assigned to assist in the investigation. He observed a police lieutenant “grab a suspect by the throat with his left hand, retrieve his handgun from its holster with his right hand, and place the barrel of the gun under the suspect’s eye, saying ‘How does it feel to have a gun in your face Mother ******?’” Later that evening, plaintiff heard “yelling and the sound of someone being hit and slapped from inside a room” where another defendant, a sergeant, was interviewing another suspect. Plaintiff reported what he observed and heard to the lieutenant he was assisting. The lieutenant told plaintiff to “stop his sniveling.” At one point, the chief of police appeared at a briefing and upon learning not all of the robbery suspects were in custody stated: “Well then beat another one until they are all in custody.” Twice more, plaintiff met with his lieutenant and told him the beatings and abusive interrogation tactics had to stop. Several months later, there was an internal affairs investigation and plaintiff was warned to keep quiet. After plaintiff was interviewed three times by internal affairs investigators, plaintiff was subjected to repeated threats and intimidation. The next month, investigators from the Los Angeles Sheriff’s Department interviewed plaintiff about the bakery investigation, and plaintiff answered questions truthfully about the abusive interrogation tactics. Four days later, plaintiff was placed on administrative leave pending discipline.

The en banc court overruled the holding in Huppert v. City of Pittsburg (2009) 574 F.3d 696, the holding upon which the trial judge relied in granting the motion for summary judgment, and then reversed. The court stated: “Huppert erred in concluding that California broadly defines police officers’ duties as a matter of law for the purpose of First Amendment retaliation analysis.”  Dahlia v. City of Burbank (Ninth Cir.; August 21, 2013) (Case No. 10-55978).

If you are a business owner, then you know that contracts are an important part of doing business. Contracts set the parameters for a deal and protect both parties involved. Unfortunately, contract disputes can happen. If you think you might be dealing with a breach of contract, … END_OF_DOCUMENT_TOKEN_TO_BE_REPLACED

If you're in the market for a property ownership attorney, it's important to know what to look for. Not all attorneys are created equal, and you'll want to make sure you choose one who is experienced, educated, reputable and responsive.  In this blog post, we will go over five … END_OF_DOCUMENT_TOKEN_TO_BE_REPLACED

When you’ve lost someone close to you, the last thing you may want to think about is filing a lawsuit. However, in some cases, wrongful death suits can be the best way to get justice for your loved one and ensure that the responsible party is held accountable. What is a … END_OF_DOCUMENT_TOKEN_TO_BE_REPLACED