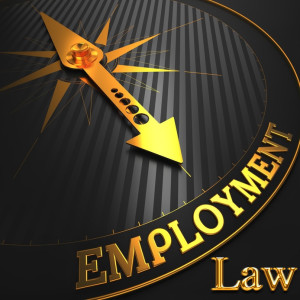 In Richey v. AutoNation, Inc. (Cal. Sup. Ct.; January 29, 2015) 60 Cal.4th 909, [182 Cal.Rptr.3d 644, 341 P.3d 438], the California Supreme Court sidestepped the issue of whether an arbitrator’s presumably erroneous interpretation of the Moore-Brown-Roberti Family Rights Act (CFRA) deprived an employee of an unwaivable statutory right. The plaintiff employee was fired by defendant when it learned that the plaintiff was operating a restaurant while on medical leave. The arbitrator ruled in favor of the employer, citing the “honest belief” defense. The plaintiff moved to vacate the award, arguing that “honest belief” is not a defense to a CFRA claim, and thus, the award deprived him of an unwaivable statutory right. The trial court denied the motion and the Court of Appeal reversed. The Supreme Court reversed the Court of Appeal, noting that the employer had a general policy of prohibiting employees from engaging in outside employment, including self employment, and therefore could have fired the plaintiff for violating that policy.  Thus, it stated that the issue of whether application of the “honest belief” defense to a CFRA claim deprives an employee of an unwaivable statutory right remains an unresolved question.

If you are a business owner, then you know that contracts are an important part of doing business. Contracts set the parameters for a deal and protect both parties involved. Unfortunately, contract disputes can happen. If you think you might be dealing with a breach of contract, … END_OF_DOCUMENT_TOKEN_TO_BE_REPLACED

If you're in the market for a property ownership attorney, it's important to know what to look for. Not all attorneys are created equal, and you'll want to make sure you choose one who is experienced, educated, reputable and responsive.  In this blog post, we will go over five … END_OF_DOCUMENT_TOKEN_TO_BE_REPLACED

When you’ve lost someone close to you, the last thing you may want to think about is filing a lawsuit. However, in some cases, wrongful death suits can be the best way to get justice for your loved one and ensure that the responsible party is held accountable. What is a … END_OF_DOCUMENT_TOKEN_TO_BE_REPLACED