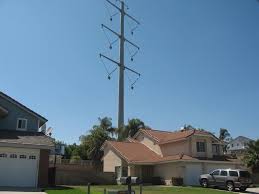 In a jury trial, a jury awarded $1,050,000 in compensatory damages and $3,000,000 in punitive damages against an electric company and in favor of plaintiff on her claims for IIED, negligence and nuisance, based upon her contentions the company failed to control its electrical substation next door to plaintiff’s house. She said the company allowed uncontrolled stray electrical currents to enter her home, including low levels of electricity while showering. The company offered to replace plaintiff’s metal pipes with plastic pipes, but she refused, insisting the elimination of all stray voltage on her property. On appeal, the company contends all of plaintiff’s claims fall under the exclusive jurisdiction of the California Public Utilities Commission [PUC]. The appellate court reversed, stating: “We conclude that the PUC has not exercised its authority to adopt a policy regarding the issues in this lawsuit, and therefore it does not have exclusive jurisdiction over [plaintiff’s] claims. But we also conclude [plaintiff] failed to present sufficient evidence to support her IIED and negligence claims, or to support an award of punitive damages. Finally, we conclude the verdict on the nuisance claim cannot stand because the trial court refused to give [the electric company’s] proffered instruction regarding causation of [plaintiff’s] physical symptoms, and therefore the jury relied upon irrelevant evidence when determining that claim.  Accordingly, we reverse the judgment, order judgment entered in favor of [the electric company] on the IIED and negligence claims, and remand to the trial court for a retrial on the nuisance claim.” (Wilson v. Southern California Edison Co. (Cal. App. Second Dist., Div. 4; February 9, 2015) 234 Cal.App.4th 123 [184 Cal.Rptr.3d 26].)

If you are a business owner, then you know that contracts are an important part of doing business. Contracts set the parameters for a deal and protect both parties involved. Unfortunately, contract disputes can happen. If you think you might be dealing with a breach of contract, … END_OF_DOCUMENT_TOKEN_TO_BE_REPLACED

If you're in the market for a property ownership attorney, it's important to know what to look for. Not all attorneys are created equal, and you'll want to make sure you choose one who is experienced, educated, reputable and responsive.  In this blog post, we will go over five … END_OF_DOCUMENT_TOKEN_TO_BE_REPLACED

When you’ve lost someone close to you, the last thing you may want to think about is filing a lawsuit. However, in some cases, wrongful death suits can be the best way to get justice for your loved one and ensure that the responsible party is held accountable. What is a … END_OF_DOCUMENT_TOKEN_TO_BE_REPLACED