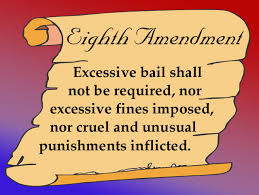 A gang-member defendant committed manslaughter and attempted murder when he was 15 and 16 years old and was sentenced to a determinate term of 23 years as well as a consecutive indeterminate term of 80 years to life. The appellate court was faced with two unique questions.  The first one concerned the fact that the bulk of defendant’s sentence was for nonhomicide offenses, and most of the jurisprudence in this area has revolved around homicide offenses. With regard to that issue, the court stated: “We do not believe the constitution allows for the sentencing judge to ignore the holdings of [Graham v. Florida (2010) 560 U.S. 48, [130 S.Ct. 2011, 176 L.Ed.2d 825] and [People v. Caballero (2012) 55 Cal.4th 262, [282 P.3d 291, 145 Cal.Rptr.3d 286] because of a homicide that carries a maximum sentence far short of life without the possibility of parole. Under these distinctive facts, we determine that [defendant’s] sentence violates the Eighth Amendment. The second question faced by the court was whether or not a new statute, Penal Code section 3051 [any prisoner who was under 18 years of age at the time of his or her controlling offense shall be afforded a youth offender parole hearing during the 15th year of incarceration], negates the need for an Eighth Amendment analysis. The appellate court held the analysis is still necessary because there is no guarantee the statute will remain in existence. Defendant’s sentence was reversed and the matter was remanded for resentencing.  (In re Heard (Cal. App. Fourth Dist., Div. 1; January 22, 2014) 223 Cal.App.4th 115, [166 Cal.Rptr.3d 824].)

If you are a business owner, then you know that contracts are an important part of doing business. Contracts set the parameters for a deal and protect both parties involved. Unfortunately, contract disputes can happen. If you think you might be dealing with a breach of contract, … END_OF_DOCUMENT_TOKEN_TO_BE_REPLACED

If you're in the market for a property ownership attorney, it's important to know what to look for. Not all attorneys are created equal, and you'll want to make sure you choose one who is experienced, educated, reputable and responsive.  In this blog post, we will go over five … END_OF_DOCUMENT_TOKEN_TO_BE_REPLACED

When you’ve lost someone close to you, the last thing you may want to think about is filing a lawsuit. However, in some cases, wrongful death suits can be the best way to get justice for your loved one and ensure that the responsible party is held accountable. What is a … END_OF_DOCUMENT_TOKEN_TO_BE_REPLACED