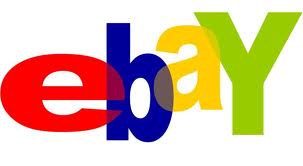 Plaintiff filed a class action against eBay, alleging violation of California’s unfair competition laws and intentional interference with prospective business advantage. The federal district court dismissed the case. eBay uses an auction system whereby the bidder submits the maximum amount he is willing to pay and eBay’s software enters bids on behalf of the bidder at predetermined increments above the current bid, until the user wins the auction or would need to exceed his maximum. Plaintiff contended eBay’s automatic bidding system violates two provisions in eBay’s User Agreement. With regard to the first user provision [“We are not involved in the actual transaction between buyers and sellers.”], the Ninth Circuit stated: “We conclude that the provision can be plausibly read only as a general description of eBay’s services intended to focus the user on the Limitation of Liability section.” As to the second user provision at issue [“No agency, partnership, joint venture, employee-employer or franchiser franchisee relationship is intended or created by this agreement.”], the Ninth Circuit stated the statement is not part of the User Agreement, and, therefore, not made in the contractual context. Dismissal was affirmed. (Block v. eBay (Ninth Cir.; April 1, 2014)747 F.3d 1135.)

We often associate going to see an attorney with legal problems, but an attorney can help you in many different aspects of business. Whether you are just starting your business or have been in business for many years, an experienced business attorney can be an asset, providing … END_OF_DOCUMENT_TOKEN_TO_BE_REPLACED

Did you know that on average, 95% of lawsuits are settled before they go to trial? With that statistic in mind, hiring a personal injury lawyer to handle your claim can ensure that you're getting the amount you deserve from your claim, regardless of the stage at which you're … END_OF_DOCUMENT_TOKEN_TO_BE_REPLACED

Landlord-tenant law can be complex, and it's a constantly evolving area of law. To ensure that both landlords and tenants are aware of their rights and responsibilities, it's important for them to understand the basics of landlord-tenant law in California. Having a Landlord or … END_OF_DOCUMENT_TOKEN_TO_BE_REPLACED