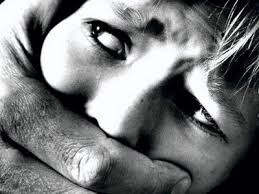 Plaintiff brought an action against defendant for child molestation, alleging he repeatedly sexually molested her from the age of 12 until she was 21, a month after he pleaded no contest to one felony count of lewd contact with a child under the age of 14. Pretrial in granting a preliminary injunction, the trial court ordered defendant not to conceal, encumber, impair in value, transfer or dispose any of his assets and for plaintiff to post an undertaking of $1,000. In a discovery dispute, the court ordered that a declaration be sealed. Defendant appealed from those orders. The appellate court affirmed the orders, finding there was sufficient evidence to support the transfer of assets order under the Uniform Fraudulent Transfer Act [UFTA; Civil Code section 3439] and that the trial court did not abuse its discretion in making the order, that the court did not abuse its discretion in ordering such a low undertaking and that the discovery order sealing the declaration was also within the court’s discretion. (Oiye v. Fox  (Cal. App. Sixth Dist.; December 11, 2012) 211 Cal.App.4th 1036, [151 Cal.Rptr.3d 65].)

Did you know that on average, 95% of lawsuits are settled before they go to trial? With that statistic in mind, hiring a personal injury lawyer to handle your claim can ensure that you're getting the amount you deserve from your claim, regardless of the stage at which you're … END_OF_DOCUMENT_TOKEN_TO_BE_REPLACED

Landlord-tenant law can be complex, and it's a constantly evolving area of law. To ensure that both landlords and tenants are aware of their rights and responsibilities, it's important for them to understand the basics of landlord-tenant law in California. Having a Landlord or … END_OF_DOCUMENT_TOKEN_TO_BE_REPLACED

Homeowner construction flaws and unforeseen shortcomings can quickly become complex and difficult to manage. With the amount of work involved in the construction process, there's a high potential for errors to occur at any stage. If something goes wrong, it can be hard to know … END_OF_DOCUMENT_TOKEN_TO_BE_REPLACED