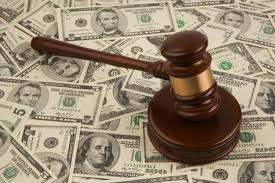 A settlement agreement resolving a wrongful termination action required the former employees to return certain of the employer’s property and that the employees not disclose certain information. When some documents were not returned and some disclosures were made, the former employer proceeded to arbitration under the terms of the settlement agreement, and the arbitrator awarded the employer $70,000 in damages, $297,000 in attorney fees and $88,034.69 in costs and expenses against the employees’ lawyer.  [An unpublished April 28, 2014 opinion on the same case states that the lawyer used some of the documents, which were supposed to be returned, in another deposition regarding a different plaintiff’s action.] After the superior court confirmed the award and entered judgment in favor of the employer, the employer moved for an award of the additional attorney fees incurred in the motion to confirm the arbitration award. The superior court denied the award of fees sought under Civil Code section 1717 on the ground the moving party filed no memorandum of costs in seeking the award. The appellate court reversed, stating: “[W]e hold that a party seeking attorney fees pursuant to Civil Code section 1717 need not, in addition to filing a noticed motion, file a memorandum of costs.”  (Kaufman v. Diskeeper Corporation (Cal. App. Second Dist., Div. 4; August 21, 2013) 229 Cal.App.4th 1, [176 Cal.Rptr.3d 757].)

Did you know that on average, 95% of lawsuits are settled before they go to trial? With that statistic in mind, hiring a personal injury lawyer to handle your claim can ensure that you're getting the amount you deserve from your claim, regardless of the stage at which you're … END_OF_DOCUMENT_TOKEN_TO_BE_REPLACED

Landlord-tenant law can be complex, and it's a constantly evolving area of law. To ensure that both landlords and tenants are aware of their rights and responsibilities, it's important for them to understand the basics of landlord-tenant law in California. Having a Landlord or … END_OF_DOCUMENT_TOKEN_TO_BE_REPLACED

Homeowner construction flaws and unforeseen shortcomings can quickly become complex and difficult to manage. With the amount of work involved in the construction process, there's a high potential for errors to occur at any stage. If something goes wrong, it can be hard to know … END_OF_DOCUMENT_TOKEN_TO_BE_REPLACED