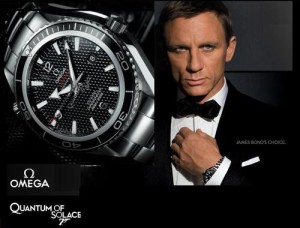 Costco purchased luxury watches from a company in New York who had purchased them from an overseas company who had purchased them from the manufacturer, and sold the watches in its U.S. Costco stores. Omega, the Swiss manufacturer of the luxury watches, sued Costco for copyright infringement, specifically the importation of copyrighted work without the copyright holder’s permission. The first time around, a federal district court granted summary judgment to Costco based on the first sale doctrine under 17 USC § 109(a), which means that once a copyright owner consents to the sale of particular copies the a work, that same copyright owner cannot later claim infringement for distribution of those copies. After the case proceeded to the Ninth Circuit, which reversed because the watches were first sold overseas, and then to the United States Supreme Court which affirmed the Ninth Circuit’s decision [562 U.S. 40 (2010), the case was remanded to the trial court. On remand, the district court again granted summary judgment to Costco, finding that Omega misused its copyright to expand its limited monopoly impermissibly. The district court also granted Costco its attorney fees. This time, the Ninth Circuit affirmed, stating that Omega “eliminated price competition in the retail market for Omega watches and deprived consumers of the opportunity to purchase discounted gray market Omega watches from Costco.  Omega misused its copyright by engraving the Globe Design on the underside of its watches, and attempting to use copyright law to eliminate intrabrand competition from Costco in the retail watch market.” (Omega S.A. v. Costco Wholesale Corp. (Ninth Cir.; January 20, 2015) 776 F.3d 692.)

Litigation is a process that can be difficult to navigate, but it doesn't have to be. Insurance coverage litigation varies from case to case and depends on the specific situation of each plaintiff or defendant. There are many different types of insurance claims including medical … END_OF_DOCUMENT_TOKEN_TO_BE_REPLACED

Insurance defense attorneys are lawyers that specialize in defending those who have been wrongfully accused of insurance fraud. They help individuals and businesses with claims that involve a violation of the law or liability under an insurance policy. Insurance defense is a … END_OF_DOCUMENT_TOKEN_TO_BE_REPLACED

Do you feel like your legal case isn't being handled correctly? Are you worried that your legal matters aren't going to be taken seriously? Or maybe you just need someone who is qualified and experienced in taking care of what's important to you. If any of this sounds … END_OF_DOCUMENT_TOKEN_TO_BE_REPLACED