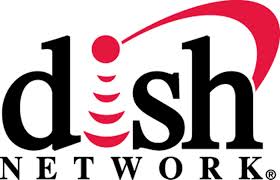 Plaintiffs entered into contracts to have their telephone, internet and satellite television services installed. The installation did not go as planned, as a technician drilled through a sewer pipe. Plaintiffs brought an action for breach of contract, negligence and other torts. A jury awarded $109,000 in damages and the court entered judgment. On appeal, the defendants contend the court erred in instructing the jury the various defendants entered into a contract, when, in fact, there were five separate contracts. Unimpressed with the argument, the appellate court said the trial court gave a correct legal instruction, and defendants did not show they objected to the use of the singular, and had, therefore, forfeited that argument. The defendants also claimed error as a result of the trial court’s finding: “The court has determined that the contract entered into by plaintiffs included an implied term that the satellite dish and related equipment would be properly installed in their residence.” The appellate court acknowledged that a contract is generally limited to its terms, but added that express terms give rise to implied duties, violations of which may themselves constitute breaches of contract. The appellate court affirmed the judgment. (Holguin v. Dish Network LLC (Cal. App. Fourth Dist., Div. 1; September 22, 2014) 229 Cal.App.4th 1310, [178 Cal.Rptr.3d 100].)

Did you know that on average, 95% of lawsuits are settled before they go to trial? With that statistic in mind, hiring a personal injury lawyer to handle your claim can ensure that you're getting the amount you deserve from your claim, regardless of the stage at which you're … END_OF_DOCUMENT_TOKEN_TO_BE_REPLACED

Landlord-tenant law can be complex, and it's a constantly evolving area of law. To ensure that both landlords and tenants are aware of their rights and responsibilities, it's important for them to understand the basics of landlord-tenant law in California. Having a Landlord or … END_OF_DOCUMENT_TOKEN_TO_BE_REPLACED

Homeowner construction flaws and unforeseen shortcomings can quickly become complex and difficult to manage. With the amount of work involved in the construction process, there's a high potential for errors to occur at any stage. If something goes wrong, it can be hard to know … END_OF_DOCUMENT_TOKEN_TO_BE_REPLACED