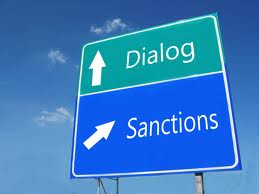 At the time the trial court confirmed an arbitration award in favor of defendants, it also denied a separate defense motion for sanctions made under Code of Civil Procedure section 128.7 for advancing frivolous claims. The appellate court noted the primary purpose of section 128.7 is deterrence of filing abuses, not to provide compensation for those impacted by those abuses. In affirming, the Court of Appeal stated:  “There is no authority supporting the position that a superior court, after a matter has been stayed and ordered to binding arbitration, may impose section 128.7 sanctions for an attorney’s prosecution of a client’s meritless claim before the arbitrator.” (Optimal Markets v. Salant (Cal. App. Sixth Dist.; November 26, 2013) 221 Cal.App.4th 912, [164 Cal.Rptr.3d 901].)

Short sales have become a popular alternative for people struggling to keep up with their mortgage payments. But what is a short sale, and do you qualify? What is a Short Sale? A short sale is a sale of real estate in which the proceeds from the sale are insufficient to cover … END_OF_DOCUMENT_TOKEN_TO_BE_REPLACED

We often associate going to see an attorney with legal problems, but an attorney can help you in many different aspects of business. Whether you are just starting your business or have been in business for many years, an experienced business attorney can be an asset, providing … END_OF_DOCUMENT_TOKEN_TO_BE_REPLACED