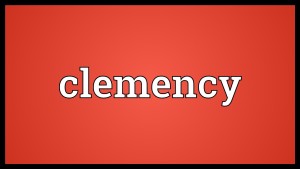 The son of the former Speaker of the California State Assembly aided in the stabbing and killing of a young man near the campus of San Diego State University in October 2008. He was charged with murder and pled guilty to voluntary manslaughter on the eve of trial, and was sentenced to 16 years in prison. On Governor Schwarzenegger’s last day in office, he exercised his executive clemency power pursuant to art. V, § 8(a) of the California Constitution and reduced the sentence to seven years, a complete surprise to the victim’s family and the prosecuting district attorney. An action brought under the Victims’ Bill of Rights Act of 2008 sought to invalidate the clemency. That Bill of Rights aka Marsy’s Law mandates notice to victims and an opportunity to be heard at “parole or other post-conviction release proceedings” before prisoners obtain early release from prison. Both the trial and appellate courts upheld the award of clemency, albeit reluctantly.  The Court of Appeal stated: “We are compelled to conclude that, while Schwarzenegger’s conduct could be seen as deserving of censure and grossly unjust, it was not illegal.  Marsy’s Law, despite its obviously expansive protection of victims’ rights does not restrict the executive’s clemency powers under California Constitution.” (Santos v. Brown (July 1, 2015) 238 Cal.App.4th 398 [189 Cal.Rptr.3d 234].)

Short sales have become a popular alternative for people struggling to keep up with their mortgage payments. But what is a short sale, and do you qualify? What is a Short Sale? A short sale is a sale of real estate in which the proceeds from the sale are insufficient to cover … END_OF_DOCUMENT_TOKEN_TO_BE_REPLACED

We often associate going to see an attorney with legal problems, but an attorney can help you in many different aspects of business. Whether you are just starting your business or have been in business for many years, an experienced business attorney can be an asset, providing … END_OF_DOCUMENT_TOKEN_TO_BE_REPLACED