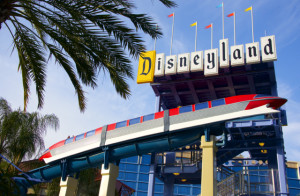 In 1999, City issued a conditional use permit [CUP 4153] permitting development of two hotels near Disneyland by some developers. At that time, the City intended to build an overpass on a portion of the property owned by the developers. In exchange for taking that portion of the property, the City promised to build a parking structure. Relying on the City’s promises and representations, the developers reduced the number of hotel rooms and made other design changes. In the end, the City refused to live up to its agreement to build a parking structure, instead passing another conditional use permit [CUP 5573] that allowed construction of surface parking in lieu of the parking structure. Both the trial court and the appellate court held the City was estopped from changing the design approved in CUP 4153. (HPT IHG-2 Properties Trust v. City of Anaheim (Cal. App. Fourth Dist., Div. 3; December 21, 2015) 243 Cal.App.4th 188 [196 Cal.Rptr.3d 326].)

If you are a business owner, then you know that contracts are an important part of doing business. Contracts set the parameters for a deal and protect both parties involved. Unfortunately, contract disputes can happen. If you think you might be dealing with a breach of contract, … END_OF_DOCUMENT_TOKEN_TO_BE_REPLACED

If you're in the market for a property ownership attorney, it's important to know what to look for. Not all attorneys are created equal, and you'll want to make sure you choose one who is experienced, educated, reputable and responsive.  In this blog post, we will go over five … END_OF_DOCUMENT_TOKEN_TO_BE_REPLACED

When you’ve lost someone close to you, the last thing you may want to think about is filing a lawsuit. However, in some cases, wrongful death suits can be the best way to get justice for your loved one and ensure that the responsible party is held accountable. What is a … END_OF_DOCUMENT_TOKEN_TO_BE_REPLACED