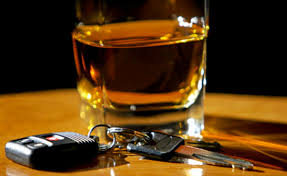 An employee consumed alcoholic beverages at an employer hosted party and became intoxicated. The employee arrived home safely, but then left to drive a coworker home. During that drive, the employee struck another car, killing its driver. The trial court granted summary judgment for the employer on the ground the employer’s potential liability under the doctrine of respondeat superior ended when the employee arrived home. The appellate court reversed, stating: “We hold that an employer may be found liable for its employee’s torts as long as the proximate cause of the injury (here, alcohol consumption) occurred within the scope of employment. It is irrelevant that foreseeable effects of the employee’s negligent conduct (here, the car accident) occurred at a time the employee was no longer acting within the scope of his or her employment. We also hold that no legal justification exists for terminating the employer’s liability as a matter of law simply because the employee arrived home safely from the employer hosted party.” Purton v. Marriott International, Inc. (Cal. App. Fourth Dist., Div. 1; July 31, 2013) 218 Cal.App.4th 499, [159 Cal.Rptr.3d 912].

Mark A. Mellor, Esq. was featured on ABC 10News San Diego, where several homeowners claim that a well-known solar company suddenly closed their doors and took off with their payments. "Attorney Mark Mellor specializes in construction law. He tells homeowners to check all … END_OF_DOCUMENT_TOKEN_TO_BE_REPLACED

In nearly any kind of enterprise, a business attorney is critically important in making sure that business transactions are conducted in appropriate ways. In general, business attorneys help their clients with everything involved in operationally running a business – from payroll … END_OF_DOCUMENT_TOKEN_TO_BE_REPLACED