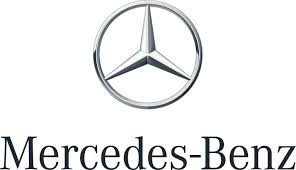 Plaintiffs are 22 residents of Argentina who brought an action in federal court in California against a German manufacturer, claiming the company “collaborated with state security forces during Argentina’s 1976-1983 ‘Dirty War to kidnap, detain, torture, and kill certain [Mercedes-Benz Argentina] workers.” Plaintiffs pled claims under the Alien Tort Statute [28 U.S.C. § 1350] and the Torture Victim Protection Act of 1991 [106 Stat. 73, note following 28 U.S.C. § 1350].  The United States Supreme Court held the company is not amenable to suit in California for injuries allegedly caused by conduct that took place entirely outside the United States. The Court stated: “Even assuming for purposes of this decision, that [Mercedes Benz] USA qualifies as being at home in California, Daimler’s affiliations with California are not sufficient to subject it to the general jurisdiction of that State’s courts.” (Daimler AG v. Bauman (2014) 571 U.S. ___, [134 S.Ct. 746, 187 L.Ed.2d 624].)

Recent ruling by California Court of Appeal on similar issue: California Does Not Have Jurisdiction Over German Manufacturer. A mother and daughter were driving in a 2004 Jeep Cherokee in California when the vehicle rolled over, causing the roof to collapse.  As a result, the mother sustained catastrophic injuries, rendering her a permanent quadriplegic.  The daughter also suffered injuries. They filed a complaint for product liability in California state court against designer/manufacturer/distributor DaimlerChrysler Corporation [DCC], a former indirect subsidiary of the German company, Daimler. The trial court granted a motion to quash service of the summons for lack of personal jurisdiction filed by Daimler. The appellate court noted:  “Appellants do not argue that Daimler’s own contacts with California are sufficient to justify the exercise of general jurisdiction over the German corporation.  Nor do they claim that specific jurisdiction over Daimler is appropriate under the facts of the case.  Rather, as in Bauman II, appellants’ sole contention on appeal is that general jurisdiction over Daimler in California is proper based on Daimler’s relationship with MBUSA  [Mercedes-Benz USA, LLC] and MBUSA’s contacts with California.” Agreeing with the trial court, the appellate court affirmed, stating: “ Finding the United States Supreme Court’s recent decision in Daimler AG v. Bauman (2014) 571 U.S. ___ [134 S.Ct. 746, 187 L.Ed.2d 624], (Bauman II), dispositive on the jurisdictional issue and contrary to the arguments advanced by appellants, we affirm.”  (Young v. Daimler AG (Cal. App. First Dist., Div. 4; August 5, 2014) 228 Cal.App.4th 855. [331 P.3d 179, 175 Cal.Rptr.3d 811].

Getting in a car crash can be detrimental to your physical and mental well-being. To compensate for stress, injuries, and damage to your vehicle, you should ensure that you get the compensation you deserve. An experienced personal injury lawyer can help you with that. Reasons … END_OF_DOCUMENT_TOKEN_TO_BE_REPLACED

Rental agreements must be upheld by both the landlord and the tenant. If the landlord or rental company violates the agreement, it may be grounds for legal action by the tenant. In most cases, a tenant will sue their landlord after moving out, but a tenant can also sue while they … END_OF_DOCUMENT_TOKEN_TO_BE_REPLACED

Even if you have carefully planned your budget, income, and expenses down to the last cent, things don’t always go the way you expect them to. Life might get in the way and ruin your plans—and a bad investment, medical emergency, natural disaster, or other catastrophe can … END_OF_DOCUMENT_TOKEN_TO_BE_REPLACED