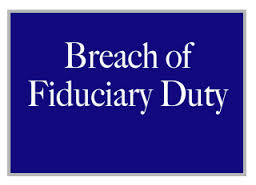 Preferred shareholders in a now-dissolved software company brought action against the company’s chief financial and chief executive officers, contending they colluded to secure a preferential sale of the company’s assets to another company, thus violating their fiduciary duties. The court, after a bench trial, concluded the two had committed a breach of fiduciary duty, but that plaintiffs did not prove damages. The appellate court reversed, stating it agreed “the trial court erred in failing to craft a remedy, as well as in conducting its own in camera review of financial documents. We will reverse and remand for a new trial limited to the issue of remedies.” (Meister v. Mensinger (Cal. App. Sixth Dist.; October 6, 2014) 230 Cal.App.4th 381 [178 Cal.Rptr.3d 604].)-

Mark A. Mellor, Esq. was featured on ABC 10News San Diego, where several homeowners claim that a well-known solar company suddenly closed their doors and took off with their payments. "Attorney Mark Mellor specializes in construction law. He tells homeowners to check all … END_OF_DOCUMENT_TOKEN_TO_BE_REPLACED

In nearly any kind of enterprise, a business attorney is critically important in making sure that business transactions are conducted in appropriate ways. In general, business attorneys help their clients with everything involved in operationally running a business – from payroll … END_OF_DOCUMENT_TOKEN_TO_BE_REPLACED