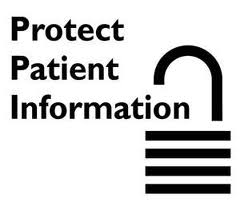 A thief stole a health care provider’s computer containing medical records of about four million patients. The plaintiffs filed an action under the Confidentiality Act [Civil Code section 56.36], seeking to represent, in a class action, all of the patients whose records were stolen, with a potential award of about $4 billion against the health care provider. The health care provider demurred to the complaint and moved to strike the class allegations, but the trial court overruled the demurrer and denied the motion to strike. On the petition of the health care provider, the appellate court issued an alternative writ of mandate to review the trial court’s rulings. The appellate court granted extraordinary relief and issued a writ of mandate ordering the trial court to sustain the demurrer without leave to amend, stating: “[T]he Confidentiality Act does not provide for liability for increasing the risk of a confidentiality breach. It provides for liability for failing to ‘preserve[] the confidentiality’ of the medical records. (§ 56.101, subd. (a).) There is no allegation that [the hospital’s] actions with respect to the records on the stolen computer did not preserve their confidentiality because there is no allegation that an unauthorized person has viewed the records.” (Sutter Health v. Sup. Ct. (Dorothy Atkins) (Cal. App. Third Dist.; July 21, 2014) 227 Cal.App.4th 1546, [174 Cal.Rptr.3d 653].)

Did you know that on average, 95% of lawsuits are settled before they go to trial? With that statistic in mind, hiring a personal injury lawyer to handle your claim can ensure that you're getting the amount you deserve from your claim, regardless of the stage at which you're … END_OF_DOCUMENT_TOKEN_TO_BE_REPLACED

Landlord-tenant law can be complex, and it's a constantly evolving area of law. To ensure that both landlords and tenants are aware of their rights and responsibilities, it's important for them to understand the basics of landlord-tenant law in California. Having a Landlord or … END_OF_DOCUMENT_TOKEN_TO_BE_REPLACED

Homeowner construction flaws and unforeseen shortcomings can quickly become complex and difficult to manage. With the amount of work involved in the construction process, there's a high potential for errors to occur at any stage. If something goes wrong, it can be hard to know … END_OF_DOCUMENT_TOKEN_TO_BE_REPLACED