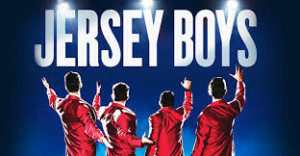 In 1988, a lawyer/journalist entered into a written contract to ghostwrite the autobiography of one of the original members of the band Jersey Boys. After the work was completed, but prior to publication, the lawyer/journalist died in 1991. In 1999, the band member executed another agreement, this time granting the exclusive rights to two other band members to use aspects of his life and career to develop a musical. A third agreement, involving a different production company, was executed in 2004 or 2005 and this venture culminated in the musical “Jersey Boys.” The widow of the lawyer/journalist filed an action alleging copyright infringement, and the question for the court was “whether a contractual grant of the exclusive right to use an individual’s ‘biographies’ to create a Broadway musical stage play constitutes a transfer of a copyright ownership interest in that individual’s unpublished autobiography.” The trial court concluded the 1999 agreement constituted a license of the band member’s copyright interest, rather than a transfer of ownership, and granted summary judgment to the rest of the band members and the musical’s producers. The Ninth Circuit reversed and remanded, concluding there were many issues of fact and that the 1999 Agreement constituted a transfer of ownership, not a license. (Corbello v. Devito (Ninth Cir.; February 10, 2015) 777 F.3d 1058.)

Litigation is a process that can be difficult to navigate, but it doesn't have to be. Insurance coverage litigation varies from case to case and depends on the specific situation of each plaintiff or defendant. There are many different types of insurance claims including medical … END_OF_DOCUMENT_TOKEN_TO_BE_REPLACED

Insurance defense attorneys are lawyers that specialize in defending those who have been wrongfully accused of insurance fraud. They help individuals and businesses with claims that involve a violation of the law or liability under an insurance policy. Insurance defense is a … END_OF_DOCUMENT_TOKEN_TO_BE_REPLACED

Do you feel like your legal case isn't being handled correctly? Are you worried that your legal matters aren't going to be taken seriously? Or maybe you just need someone who is qualified and experienced in taking care of what's important to you. If any of this sounds … END_OF_DOCUMENT_TOKEN_TO_BE_REPLACED