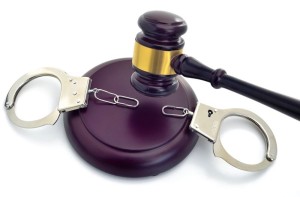 The general rule is that statutes, including those clarifying existing law, do not operate retrospectively. In Western Security Bank v. Superior Court (1997) 15 Cal.4th 232 [62 Cal.Rptr.2d 243, 933 P.2d 507], the California Supreme Court held that, despite that general rule, when the Legislature promptly reacts to the emergence of a novel question of statutory interpretation by the courts, “[a]n amendment which in effect construes and clarifies a prior statute must be accepted as the legislative declaration of the meaning of the original act, where the amendment was adopted soon after the controversy arose concerning the proper interpretation of the statute.” That holding was applied in a recent criminal case where a defendant previously convicted of child molestation asked the court for a certificate of rehabilitation, which would result in relief from having to register as a sex offender.  In 2014, the Court of Appeal held that denying the defendant a right to petition for a certificate of rehabilitation violates equal protection principles. Soon thereafter, the California Legislature amended three Penal Code sections to clearly state this man’s convictions rendered him ineligible to apply for a certificate of rehabilitation.  Meanwhile, the California Supreme Court had granted review of the Court of Appeal’s decision, and ordered the intermediate court to consider the matter once again. The latest decision holds the defendant is not eligible to apply for a certificate of rehabilitation “because the amendments to the statutes clarify that defendant is not treated differently from others similarly situated.” (People v. Tirey (Cal. App. Fourth Dist., Div. 3; December 8, 2015) 242 Cal.App.4th 1255 [195 Cal.Rptr.3d 568].)

Are you in the process of buying or selling a home? If so, then you may need to hire a real estate lawyer. While there are many lawyers who practice real estate law, not all of them are created equal. You need to find one that has the experience and qualifications that you … END_OF_DOCUMENT_TOKEN_TO_BE_REPLACED

Debt is a stressful thing affecting many Americans. Some are choosing to file for bankruptcy to take action against their debt. Bankruptcy can be a complex and confusing process, so in this blog, we will break down the finer details so that you can make the best decision for … END_OF_DOCUMENT_TOKEN_TO_BE_REPLACED

If you are a business owner, then you know that contracts are an important part of doing business. Contracts set the parameters for a deal and protect both parties involved. Unfortunately, contract disputes can happen. If you think you might be dealing with a breach of contract, … END_OF_DOCUMENT_TOKEN_TO_BE_REPLACED