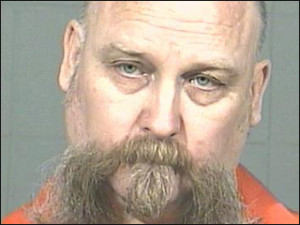 In 1995, a jury sentenced defendant to death for the rape and murder of his girlfriend’s mother. He now argues that the delay in carrying out his execution amounts to cruel and unusual punishment under the Eighth Amendment. Although more than 900 people have been sentenced to death in California since 1978, only 13 have been executed. Some Death Row inmates have died of natural causes, the sentences of some have been vacated, and 748 remain on Death Row. For those who are eventually executed, the process will likely take 25 years or more. While acknowledging that many agree with defendant that California’s capital punishment system is dysfunctional and that the delay between sentencing and execution in California is extraordinary, the Ninth Circuit declined to apply defendant’s “novel constitutional rule.” (Jones v. Davis (Ninth Cir.; November 12, 2015) 806 F.3d 538.) http://cdn.ca9.uscourts.gov/datastore/opinions/2015/11/12/14-56373.pdf

Litigation is a process that can be difficult to navigate, but it doesn't have to be. Insurance coverage litigation varies from case to case and depends on the specific situation of each plaintiff or defendant. There are many different types of insurance claims including medical … END_OF_DOCUMENT_TOKEN_TO_BE_REPLACED

Insurance defense attorneys are lawyers that specialize in defending those who have been wrongfully accused of insurance fraud. They help individuals and businesses with claims that involve a violation of the law or liability under an insurance policy. Insurance defense is a … END_OF_DOCUMENT_TOKEN_TO_BE_REPLACED

Do you feel like your legal case isn't being handled correctly? Are you worried that your legal matters aren't going to be taken seriously? Or maybe you just need someone who is qualified and experienced in taking care of what's important to you. If any of this sounds … END_OF_DOCUMENT_TOKEN_TO_BE_REPLACED