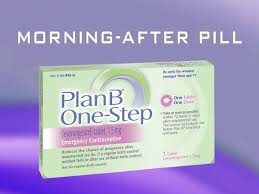 A Commission in the State of Washington regulates the practice of pharmacy. Violation of the Commission’s rules constitutes grounds for revocation of a pharmacy license. The rules require a pharmacist to deliver lawfully prescribed drugs or devices to patients, and a pharmacy objecting to the rules may not refer a patient to another pharmacy. The rules do not require an individual pharmacist to dispense medication if the pharmacist has a religious, moral, philosophical, or personal objection, and a pharmacy may accommodate an objecting pharmacist in any way the pharmacy deems suitable, including having another pharmacist available in person or by telephone. Plaintiffs are the owners of a pharmacy, which declines to stock emergency contraceptive drugs because the owners have religious objections to their use and two individual pharmacists who have religious objections to delivering emergency contraceptives to patients, all of whom challenge the rules under the Free Exercise and Equal Protection Clauses of the United States Constitution. Defendants are members of the Commission and the Secretary of Washington State Department of Health. After a bench trial, the trial court found the Commission’s rules were unconstitutional under the Free Exercise Clause. The Ninth Circuit Court of Appeals reversed the judgment, stating: “We recognize that there is a “trend of protecting conscientious objectors to abortions,” []and that most—if not all—states do not require pharmacies to deliver prescriptions, such as, the “Morning-After Pill,” Plan B and ella [emergency contraceptives], in a timely manner. On balance, however, we are unconvinced that the right to own, operate, or work at a licensed professional business free from regulations requiring the business to engage in activities that one sincerely believes leads to the taking of human life is ‘so rooted in the traditions and conscience of our people as to be ranked as fundamental.’ [] Accordingly, we decline to recognize a new fundamental right. [¶] Because the rules do not infringe a fundamental right, they need only be ‘rationally related to legitimate government interests.’ [T]he rules meet that test.” (Stormans, Inc. v. Wiesman (Ninth Cir.; July 23, 2015) 794 F.3d 1064.)

Did you know that on average, 95% of lawsuits are settled before they go to trial? With that statistic in mind, hiring a personal injury lawyer to handle your claim can ensure that you're getting the amount you deserve from your claim, regardless of the stage at which you're … END_OF_DOCUMENT_TOKEN_TO_BE_REPLACED

Landlord-tenant law can be complex, and it's a constantly evolving area of law. To ensure that both landlords and tenants are aware of their rights and responsibilities, it's important for them to understand the basics of landlord-tenant law in California. Having a Landlord or … END_OF_DOCUMENT_TOKEN_TO_BE_REPLACED

Homeowner construction flaws and unforeseen shortcomings can quickly become complex and difficult to manage. With the amount of work involved in the construction process, there's a high potential for errors to occur at any stage. If something goes wrong, it can be hard to know … END_OF_DOCUMENT_TOKEN_TO_BE_REPLACED