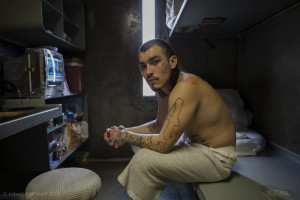 After the California Department of Corrections and Rehabilitation [CDCR] “validated” a Pelican Bay inmate to be a gang associate of the Mexican Mafia, the inmate challenged the decision by filing a habeas corpus petition. [California Code of  Regulations, tit. 15, § 3378(c)(3)-(4), states that once prison officials determine that an inmate is a member, or associate of a prison gang, the inmate is routinely transferred to administrative segregation in the Security Housing Unit.] The inmate had participated in a disturbance involving 200 Hispanic inmates, but he claimed the disturbance involved prison conditions, not gang activity. The superior court granted the petition and ordered the gang validation expunged. The warden appealed. In affirming the trial court’s grant of the inmate’s habeas corpus petition, the Court of Appeal noted the evidence “arguably establishes at most” that the inmate participated in a disturbance ordered by the Mexican Mafia prison gang, but “does not establish a direct link between [the inmate petitioner] and the Mexican Mafa.”  (In re Martinez (Cal. App. First Dist., Div. 2; November 18, 2015) 242 Cal.App.4th 299.)

Are you in the process of buying or selling a home? If so, then you may need to hire a real estate lawyer. While there are many lawyers who practice real estate law, not all of them are created equal. You need to find one that has the experience and qualifications that you … END_OF_DOCUMENT_TOKEN_TO_BE_REPLACED

Debt is a stressful thing affecting many Americans. Some are choosing to file for bankruptcy to take action against their debt. Bankruptcy can be a complex and confusing process, so in this blog, we will break down the finer details so that you can make the best decision for … END_OF_DOCUMENT_TOKEN_TO_BE_REPLACED

If you are a business owner, then you know that contracts are an important part of doing business. Contracts set the parameters for a deal and protect both parties involved. Unfortunately, contract disputes can happen. If you think you might be dealing with a breach of contract, … END_OF_DOCUMENT_TOKEN_TO_BE_REPLACED