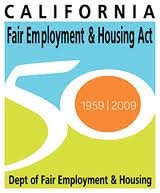 This disability discrimination action, brought under California’s Fair Employment and Housing Act [FEHA], was initially filed in state court and removed to federal court by the defendant employer. Plaintiff’s claim is that his employer discriminated against him because of his ulcerative colitis and failed to accommodate him. Once in federal court, the defendant moved for summary judgment, and the trial court granted it. The Ninth Circuit discussed plaintiff’s evidence, submitted in opposition to the MSJ. Plaintiff’s declaration stated the employer’s general manager told him “if you’re going to stick with being sick, it’s not helping your situation. It is what it is. You’re not getting paid, and you’re not going to be accommodated.” Plaintiff also declared he was told word had come from the district general manager that plaintiff was “not going to be here anymore.” After noting the district court disregarded plaintiff’s evidence because it was self-serving, the Ninth Circuit stated: “[D]eclarations are often self-serving, and this is properly so because the party submitting it would use the declaration to support his or her position. [Citations.] The source of the evidence may have some bearing on its credibility, and thus on the weight it may be given by the trier of fact. But that evidence is to a degree self-serving is not a basis for the district court to disregard the evidence at the summary judgment stage. . . .Here, [plaintiff’s] declaration and deposition testimony, albeit uncorroborated and self-serving, were sufficient to establish a genuine dispute of material fact on [the employer’s] discriminatory animus.” The Ninth Circuit added: “[I]t should not take much for plaintiff in a discrimination case to overcome a summary judgment motion. . . Here, [plaintiff] presented several state law claims that deserved trial. It should not take a whole lot of evidence to establish a genuine issue of material fact in a disability discrimination case, at least where the fact issue on discrimination is genuine and the disability would not preclude gainful employment of a person working with accommodation.” (Nigro v. Sears, Roebuck & Co. (Ninth Cir.; Amended, April 10, 2015) 2015 U.S. App. LEXIS 5837, 31 Am. Disabilities Cas. (BNA) 449.)

If you are a business owner, then you know that contracts are an important part of doing business. Contracts set the parameters for a deal and protect both parties involved. Unfortunately, contract disputes can happen. If you think you might be dealing with a breach of contract, … END_OF_DOCUMENT_TOKEN_TO_BE_REPLACED

If you're in the market for a property ownership attorney, it's important to know what to look for. Not all attorneys are created equal, and you'll want to make sure you choose one who is experienced, educated, reputable and responsive.  In this blog post, we will go over five … END_OF_DOCUMENT_TOKEN_TO_BE_REPLACED

When you’ve lost someone close to you, the last thing you may want to think about is filing a lawsuit. However, in some cases, wrongful death suits can be the best way to get justice for your loved one and ensure that the responsible party is held accountable. What is a … END_OF_DOCUMENT_TOKEN_TO_BE_REPLACED