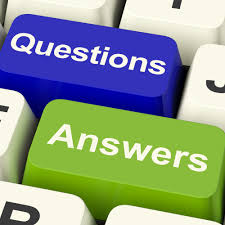 In a personal injury action, the trial court granted defendant’s Motion in Limine and excluded three of plaintiff’s proposed witnesses as an evidence sanction for failure to respond completely to an interrogatory. Defendant had sent form interrogatory 12.1 asking about witnesses who witnessed “the incident,” and plaintiff responded with the name and address of one witness. Thereafter, plaintiff identified several witnesses she intended to call at trial, none of which witnessed the accident, but each would testify about plaintiff’s physical limitations. The Court of Appeal issued a peremptory writ of mandate directing the trial court to vacate its order.], (Mitchell v. Sup. Ct. (Ernestine Lisa Johnson) (Cal. App. Second Dist., Div. 4; December 4, 2015) (Ord. Pub. December 22, 2015) 243 Cal.App.4th 269 [196 Cal.Rptr.3d 168].)

Are you in the process of buying or selling a home? If so, then you may need to hire a real estate lawyer. While there are many lawyers who practice real estate law, not all of them are created equal. You need to find one that has the experience and qualifications that you … END_OF_DOCUMENT_TOKEN_TO_BE_REPLACED

Debt is a stressful thing affecting many Americans. Some are choosing to file for bankruptcy to take action against their debt. Bankruptcy can be a complex and confusing process, so in this blog, we will break down the finer details so that you can make the best decision for … END_OF_DOCUMENT_TOKEN_TO_BE_REPLACED

If you are a business owner, then you know that contracts are an important part of doing business. Contracts set the parameters for a deal and protect both parties involved. Unfortunately, contract disputes can happen. If you think you might be dealing with a breach of contract, … END_OF_DOCUMENT_TOKEN_TO_BE_REPLACED