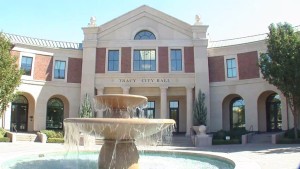 A minor was injured by a falling tree branch in a park and sued a City. Trial was set for January 14, 2013, and on January 8, 2013, the parties entered into a written stipulation to continue trial to October 28, 2013. On October 14, 2013, the parties entered into a second stipulation to continue trial to June 16, 2014. However, the five-year deadline for bringing the case to trial was due to expire on December 3, 2013. Thus, on January 6, 2014, the City moved to dismiss the action pursuant to the five-year statute [Code of Civil Procedure sections 583.310 and 583.360]. The trial court dismissed the action. Noting that Code of Civil Procedure section 583.310 states, “the policy favoring the rights of parties to make stipulations in their own interests and the policy favoring trial or other disposition of an action on the merits are generally to be preferred over the policy that requires dismissal for failure to proceed with reasonable diligence in the prosecution of an action in construing the provisions of this chapter,” the Court of Appeal reversed. (Munoz v. City of Tracy (Cal. App. Third Dist.; June 30, 2015) 238 Cal.App.4th 354 [189 Cal.Rptr.3d 590].)

Mark A. Mellor, Esq. was featured on ABC 10News San Diego, where several homeowners claim that a well-known solar company suddenly closed their doors and took off with their payments. "Attorney Mark Mellor specializes in construction law. He tells homeowners to check all … END_OF_DOCUMENT_TOKEN_TO_BE_REPLACED

In nearly any kind of enterprise, a business attorney is critically important in making sure that business transactions are conducted in appropriate ways. In general, business attorneys help their clients with everything involved in operationally running a business – from payroll … END_OF_DOCUMENT_TOKEN_TO_BE_REPLACED