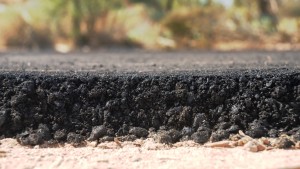 Two companies sued defendant for intentional interference with prospective economic advantage, alleging defendant submitted lowest bids by paying workers less than the statutorily required prevailing wage as required by Labor Code sections 1770 and 1771. During a three-year period, defendant outbid plaintiffs on 23 public works projects totaling more than $14.6 million. Citing Korea Supply Co. v. Lockheed Martin Corp. (2003) 29 Cal.4th 1134, [131 Cal.Rptr.2d 29, 63 P.3d 937], the Court of Appeal stated: “As Korea Supply suggests, a bidder on a government contract who submits a superior bid and loses out only because a competitor manipulated the bid selection process through illegal conduct has been the victim of actionable intentional interference.” The appellate court concluded: “[I]f the plaintiff alleges it was the second lowest bidder and therefore, would have otherwise been awarded the contract, because that fact gives rise to a relationship with the public agency that made plaintiff’s award of the contract reasonably probable.” (Roy Allan Slurry Seal, Inc. v. American Asphalt South, Inc. (Cal. App. Second Dist., Div. 8; February 20, 2015) 234 Cal.App.4th 748, [184 Cal.Rptr.3d 279].)

Did you know that on average, 95% of lawsuits are settled before they go to trial? With that statistic in mind, hiring a personal injury lawyer to handle your claim can ensure that you're getting the amount you deserve from your claim, regardless of the stage at which you're … END_OF_DOCUMENT_TOKEN_TO_BE_REPLACED

Landlord-tenant law can be complex, and it's a constantly evolving area of law. To ensure that both landlords and tenants are aware of their rights and responsibilities, it's important for them to understand the basics of landlord-tenant law in California. Having a Landlord or … END_OF_DOCUMENT_TOKEN_TO_BE_REPLACED

Homeowner construction flaws and unforeseen shortcomings can quickly become complex and difficult to manage. With the amount of work involved in the construction process, there's a high potential for errors to occur at any stage. If something goes wrong, it can be hard to know … END_OF_DOCUMENT_TOKEN_TO_BE_REPLACED