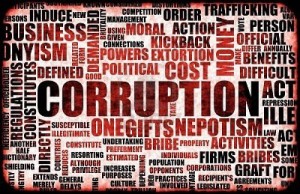 The original action, which included claims for violations of the Racketeer Influenced and Corrupt Organizations Act [RICO; 18 U.S.C. §§ 1961-68], was filed in 1993 against multiple defendants. The foreign defendants were dismissed from the action based upon forum non conviens, and, after two decades in a Singapore arbitration against those foreign defendants, plaintiff was awarded $9 million, which award was fully paid. Thereafter, plaintiff, the manufacturer and distributor of semiconductor products, proceeded in federal court against the defendants for relief under RICO’s treble damages provision. The trial court granted defendants’ motion for summary judgment, holding that an award of additional damages under RICO would violate the “one satisfaction” rule, an equitable principle designed to prevent double recovery of damages arising from the same injury. The Ninth Circuit reversed, stating: “The Singapore arbitration was limited in scope to those claims against the Foreign Defendants arising under Singapore law, and could not fully resolve [plaintiff’s] legal claims against the Defendants, which were pending in the federal court action. Specifically, Singapore law could not provide the resolution of Plaintiff’s RICO claims, which were asserted in the original federal lawsuit. As [plaintiff’s] expert noted, ‘the concept of treble damages is not recognized under Singapore law.’ Accordingly . . . the one satisfaction rule does not operate to extinguish the Plaintiff’s claim to RICO damages.” (UTHE Tech. Corp. v. Aetrium, Inc. (Ninth Cir.; December 11, 2015) 808 F.3d 755.)

Litigation is a process that can be difficult to navigate, but it doesn't have to be. Insurance coverage litigation varies from case to case and depends on the specific situation of each plaintiff or defendant. There are many different types of insurance claims including medical … END_OF_DOCUMENT_TOKEN_TO_BE_REPLACED

Insurance defense attorneys are lawyers that specialize in defending those who have been wrongfully accused of insurance fraud. They help individuals and businesses with claims that involve a violation of the law or liability under an insurance policy. Insurance defense is a … END_OF_DOCUMENT_TOKEN_TO_BE_REPLACED

Do you feel like your legal case isn't being handled correctly? Are you worried that your legal matters aren't going to be taken seriously? Or maybe you just need someone who is qualified and experienced in taking care of what's important to you. If any of this sounds … END_OF_DOCUMENT_TOKEN_TO_BE_REPLACED