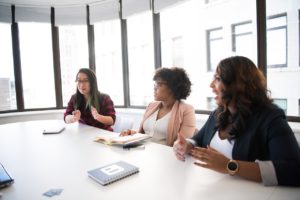 Court battles have the unfortunate reputation of being long, arduous, and expensive. But they don’t have to be. Even though some people would rather pull their teeth out than go through a legal dispute, the decision to get involved is sometimes out of your control. But the good news is that there are ways to cut down on time and costs spent on a legal case, and the majority of cases are resolved without ever going to court.

Whatever your dispute, and no matter how serious it is, there are options for pursuing legal recourse. Here’s some information to help you understand the difference between three main options for legal dispute resolution:

This type of dispute resolution can last as little as the length of one meeting. Mediation is a non-binding resolution, and it is conducted by an impartial third party who acts as the meeting facilitator by leading and mediating the discussion and negotiation rather than a judge who issues a verdict.

Many cases can be resolved this way because it allows involved parties to feel heard in a neutral and private environment and then reach an agreement.

Most mediation meetings occur a few months after the initial problem arises, but mediation is still the most cost-effective and time-efficient means of dispute resolutions. Due to its ease, many cases are resolved through mediation, and in some cases, parties may even be required to attend a mediation session before the case is allowed to proceed to court.

Although legal representation isn’t always required for mediation, an attorney can be invaluable in helping you prepare for mediation and can also attend the meeting with you to give more assistance. It’s a good idea to get a lawyer before pursuing resolution to any legal dispute, and it’s especially recommended if the other party is armed with legal counsel.

Arbitration is a more serious form of dispute resolution than mediation involving one or several third-party arbitrators hearing a case and delivering a judgment on it. Depending on your case, arbitration may be the next step in seeking resolution if mediation fails.

The parties involved in the case offer evidence to the arbitrator, who then decides the outcome. It is generally a private meeting, and in most cases, both parties will have entered into an agreement prior that sets out the arbitration dispute. This makes arbitration an ideal solution for cases involving parties that are seeking a binding agreement, but do not want to have a public trial.

Arbitration can be faster and more cost-effective than litigation, and it is also generally less formal. However, unlike mediation, it can be legally binding instead of merely advisory. And, unlike litigation, there is no option to appeal the decision.

Litigation is the most expensive and time-consuming dispute resolution option. However, if no agreement is made through the less formal methods, litigation may become necessary in order to reach a final agreement.

Litigation cases can be extremely complicated and take far more time to reach a resolution than other methods. A lawsuit generally goes through a discovery process when both parties gather evidence, which can last between one and six months, or longer if there are discovery issues that need to be resolved by the court. Then there is a deposition where witnesses are questioned under oath outside of court. At this point, mediation or arbitration may be required before going to court, if these options haven’t already been attempted. If these methods fail, the case will then go to trial and receive a verdict.

Even if your case is required to go to trial, an excellent attorney can help speed your process along and make it as painless as possible. But luckily, around 90% of cases are settled without going to trial. Our real estate attorney has settled housing sale disputes in mediation, and the Mellor Law Firm has experience in handling cases at all stages. For exceptional legal support in resolving your legal issues, contact the Mellor Law Firm today.

Did you know that on average, 95% of lawsuits are settled before they go to trial? With that statistic in mind, hiring a personal injury lawyer to handle your claim can ensure that you're getting the amount you deserve from your claim, regardless of the stage at which you're … END_OF_DOCUMENT_TOKEN_TO_BE_REPLACED

Landlord-tenant law can be complex, and it's a constantly evolving area of law. To ensure that both landlords and tenants are aware of their rights and responsibilities, it's important for them to understand the basics of landlord-tenant law in California. Having a Landlord or … END_OF_DOCUMENT_TOKEN_TO_BE_REPLACED

Homeowner construction flaws and unforeseen shortcomings can quickly become complex and difficult to manage. With the amount of work involved in the construction process, there's a high potential for errors to occur at any stage. If something goes wrong, it can be hard to know … END_OF_DOCUMENT_TOKEN_TO_BE_REPLACED