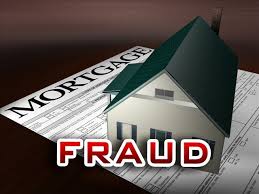 A criminal defendant stood accused of defrauding lenders in a scheme involving submitting false information on loan applications. Witnesses who worked in defendant’s real estate agency cooperated with the government and testified against defendant at trial. A jury found her guilty of conspiracy, bank fraud, mail fraud and wire fraud. After her conviction, defendant found some of the witnesses may have been promised immunity from prosecution in exchange for testimony, and one of the witnesses may have provided numerous documents copied from defendant’s business to the FBI. Under the Fourth Amendment, defendant had a right to be free from unreasonable searches. In Brady v. Maryland (1963) 373 U.S. 83, [83 S.Ct. 1194, 10 L.Ed.2d 215], the U.S. Supreme Court held that when the government withholds exculpatory evidence material either to guilt or punishment, a defendant’s right to due process is violated. In Giglio v. United States (1972) 405 U.S. 150 [92 S.Ct. 763, 31 L.Ed.2d 104], the high court extended the holding in Brady when it held that the prosecution’s failure to inform the jury that a witness had been promised not to be prosecuted in exchange for testimony was a violation of due process. Here, the government did not inform defendant that documents copied from defendant’s business by one of the cooperating witnesses were used at trial. Nor did the government inform defendant about the promises made to the witnesses. The trial judge denied defendant’s motions for a new trial. In vacating the orders denying the motions for new trial and ordering the trial judge to conduct an evidentiary hearing about whether an unlawful search occurred or whether any witnesses were promised immunity from prosecution for testifying, the federal appeals court noted:  “Those charged with crime deserve a fair shake from government prosecutors.” (United States v. Mazzarella (Ninth Cir.; April 20, 2015) 784 F.3d 532.)

For years you diligently save up to buy your first house. After months of searching through listings, you finally find your dream home and make an offer that gets accepted. Just days before closing, everything goes smoothly until you get an email from your "real estate agent" … END_OF_DOCUMENT_TOKEN_TO_BE_REPLACED

According to the Bureau of Transportation, around 13 car crashes occur every minute in the U.S. When an accident happens it's important to know what steps to take and how to protect your rights. The most important step you can take is to hire a qualified car accident attorney … END_OF_DOCUMENT_TOKEN_TO_BE_REPLACED