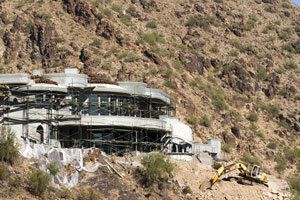 Plaintiffs bought a multimillion-dollar hillside home, and several months later, they discovered they were not connected to the City’s sewer system. Believing they were deceived, they brought an action against the sellers and the real estate agents who brokered the sale alleging various causes of action, including rescission. After the real estate agents settled for $200,000, a court trial was held on the rescission claim only. Although the court found that the sellers, with reckless disregard, made negligent misrepresentations to the buyers, it declined to effectuate a rescission of the contract. Instead, it ordered the sellers to be, for a limited time, indemnifiers to the buyers for sewer maintenance and repair costs exceeding the $200,000 they obtained in their settlement with the agents. On appeal, the buyers contend that the trial court erred in denying rescission, ordering the alternative relief, and denying them attorney fees. The sellers contend in a cross-appeal that the trial court erred in denying them attorney fees. The appellate court reversed, concluding the trial court declined to effectuate a rescission of the contract based on incorrect justifications and that its alternative remedy failed to provide the buyers with the complete relief to which they were entitled. (Wong v. Stoler (Cal. App. First Dist., Div. 1; June 23, 2015) 237 Cal.App.4th 1375 [188 Cal.Rptr.3d 674].)

If you are a business owner, then you know that contracts are an important part of doing business. Contracts set the parameters for a deal and protect both parties involved. Unfortunately, contract disputes can happen. If you think you might be dealing with a breach of contract, … END_OF_DOCUMENT_TOKEN_TO_BE_REPLACED

If you're in the market for a property ownership attorney, it's important to know what to look for. Not all attorneys are created equal, and you'll want to make sure you choose one who is experienced, educated, reputable and responsive.  In this blog post, we will go over five … END_OF_DOCUMENT_TOKEN_TO_BE_REPLACED

When you’ve lost someone close to you, the last thing you may want to think about is filing a lawsuit. However, in some cases, wrongful death suits can be the best way to get justice for your loved one and ensure that the responsible party is held accountable. What is a … END_OF_DOCUMENT_TOKEN_TO_BE_REPLACED