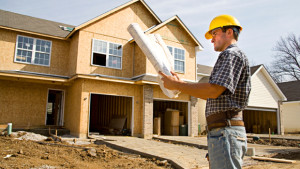 This is the scenario: A homeowner sued a general contractor, alleging shoddy work. In his unverified complaint, the homeowner alleged the contractor was licensed at all times. The general contractor responded with a cross-complaint for unpaid work.  A local rule required plaintiff to identify all controverted issues, and plaintiff did not identify licensure as a controverted issue. Seeing no licensure issue, the contractor did not obtain a verified certificate of licensure from the Contractors’ State Board, a process which takes at least six days. When the contractor was about to rest his case on his cross-complaint, the homeowner’s lawyer moved for nonsuit based on the absence of a verified certificate as required by Business and Professions Code section 7031, subsection (d),which requires such a certificate when licensure is a controverted issue. The court entered judgment in favor of the homeowner based on the absence of the contractor introducing a certificate of licensure. The appellate court reversed, stating: “We conclude this is one of those relatively rare cases where a party can be bound by a judicial admission made in an unverified complaint. [] Here, the judicial admission that the general contractor was licensed, compounded by the homeowner’s failure to comply with the local rule requiring identification of all controverted issues, rendered the question of licensure assuredly uncontroverted for purposes of section 7031.” (Womack v. Lovell (Cal. App. Fourth, Div. 3; June 15, 2015) 237 Cal.App.4th 772 [188 Cal.Rptr.3d 471].)

If you are a business owner, then you know that contracts are an important part of doing business. Contracts set the parameters for a deal and protect both parties involved. Unfortunately, contract disputes can happen. If you think you might be dealing with a breach of contract, … END_OF_DOCUMENT_TOKEN_TO_BE_REPLACED

If you're in the market for a property ownership attorney, it's important to know what to look for. Not all attorneys are created equal, and you'll want to make sure you choose one who is experienced, educated, reputable and responsive.  In this blog post, we will go over five … END_OF_DOCUMENT_TOKEN_TO_BE_REPLACED

When you’ve lost someone close to you, the last thing you may want to think about is filing a lawsuit. However, in some cases, wrongful death suits can be the best way to get justice for your loved one and ensure that the responsible party is held accountable. What is a … END_OF_DOCUMENT_TOKEN_TO_BE_REPLACED