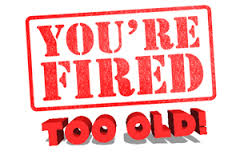 Plaintiff is a border patrol agent within the Department of Homeland Security who at 54 was the oldest of the 24 persons who applied for one of four open positions within the agency. The four persons selected ranged from 44 to 48 years old. He sued for age discrimination, and the agency moved for summary judgment, offering nondiscriminatory reasons why plaintiff was not selected. In his opposition, plaintiff claimed the reasons offered by the agency were pretextual, and included evidence the supervisor partly responsible for the selection, although not the final decision-maker, expressed his preference for “young, dynamic agents” for the positions. Plaintiff further declared the supervisor persisted in having retirement discussions with him, despite the fact plaintiff did not want to retire. Lastly, plaintiff submitted evidence the same supervisor had discussions with other agents about his preference to promote “younger, less experienced agents.” The trial court granted summary judgment to the agency. In reversing, the Ninth Circuit stated: “The district court erred in two respects. First, as a matter of law, to create a genuine dispute of material fact on pretext, a speaker of discriminatory statements need not be the final decision-maker of an employment decision. . . .Second. . . .in concluding that [the supervisor] had a limited role in the hiring decision. [The supervisor] was the person who established the [pilot program that established the open positions for which plaintiff applied.]. . . . A reasonable jury could infer that [the supervisor’s] role in the decision-making process was significant and influential.” (France v. Johnson (Ninth Cir. August 3, 2015) (As Amended, October 14, 2015) 795 F.3d 1170.)

Homeowner construction flaws and unforeseen shortcomings can quickly become complex and difficult to manage. With the amount of work involved in the construction process, there's a high potential for errors to occur at any stage. If something goes wrong, it can be hard to know … END_OF_DOCUMENT_TOKEN_TO_BE_REPLACED

The rate of foreclosures for May 2022 in the US was about 1 out of every 4,500 houses. The first step in the foreclosure process is usually a notice of default from your lender. This notice means that you have fallen behind on your mortgage payments, and will state how much you … END_OF_DOCUMENT_TOKEN_TO_BE_REPLACED

Are you behind on your mortgage payments and facing foreclosure? Do you not know what to do or where to turn? You are not alone. Millions of Americans each year find themselves in the same situation. Foreclosure can be a very frightening process, but you have legal options. Learn … END_OF_DOCUMENT_TOKEN_TO_BE_REPLACED