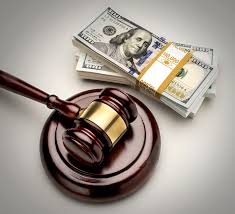 An underlying action involved a claim to trust funds; that action was settled, and the settlement was approved by the probate court. But then the underlying plaintiff died too. The plaintiff in the present action was the lawyer for the underlying plaintiff.  The lawyer had negotiated the settlement on behalf of the client who later died. The probate court refused to honor plaintiff’s attorney fee lien for his work on the settlement, and the present plaintiff/attorney/lienholder appealed. On appeal, the appellate court noted that pursuant to Civil Code section 2883, the lawyer’s lien attached once the client secured his rights to a portion of the trust pursuant to the settlement agreement and the following probate order. The appellate court found the lawyer is entitled to his fees and reversed the order of the probate court. (Novak v. Fay (Cal. App. Second Dist., Div. 5; April 28, 2015) 236 Cal.App.4th 329, [186 Cal.Rptr.3d 451].)

Mark A. Mellor, Esq. was featured on ABC 10News San Diego, where several homeowners claim that a well-known solar company suddenly closed their doors and took off with their payments. "Attorney Mark Mellor specializes in construction law. He tells homeowners to check all … END_OF_DOCUMENT_TOKEN_TO_BE_REPLACED

In nearly any kind of enterprise, a business attorney is critically important in making sure that business transactions are conducted in appropriate ways. In general, business attorneys help their clients with everything involved in operationally running a business – from payroll … END_OF_DOCUMENT_TOKEN_TO_BE_REPLACED