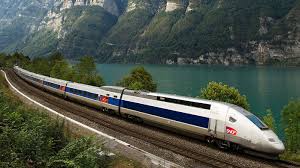 Plaintiff brought an action against an Austrian-owned railway as a result of her attempting to board a moving train in Innsbruck. She purchased a Eurail pass in California from Rail Pass Experts, a company based in Massachusetts. When attempting to board the train, she fell to the tracks through a gap in the platform and suffered injuries that ultimately required the amputation of both legs above the knees. She filed a complaint for negligence, failure to warn and design defect in California against the Republic of Austria. The district court dismissed the action and the Ninth Circuit affirmed, noting the sole basis by which courts in the United States may obtain jurisdiction over foreign states is the Foreign Sovereign Immunities Act [28 U.S.C. § 1602], and holding no exception applied.  (Sachs v. Republic of Aus. (Ninth Cir.; September 26, 2012) (Superseded, en banc) 695 F.3d 1021.)   The Second Ninth Circuit Opinion, En Banc: The Ninth Circuit, en banc, heard the case and held otherwise.  In reversing and remanding, the court stated: “We hold that the first clause of the FSIA commercial activity exception applies to a common carrier owned by a foreign state that acts through a domestic agent to sell tickets to United States citizens or residents for passage on the foreign common carrier’s transportation system.”  (Sachs v. Republic of Aus. (Ninth Cir.; December 6, 2013) (Reversed) 737 F.3d 584.)   The Recent Opinion Of The United States Supreme Court: The United States Supreme Court reversed the Ninth Circuit en banc decision stating: “The Foreign Sovereign Immunities Act shields foreign states and their agencies from suit in United States courts unless the suit falls within one of the Act’s specifically enumerated exceptions. This case concerns the scope of the commercial activity exception, which withdraws sovereign immunity in any case ‘in which the action is based upon a commercial activity carried on in the United States by [a] foreign state.’ 28 U.S.C. § 1605(a)(2). Respondent Carol Sachs is a resident of California who purchased in the United States a Eurail pass for rail travel in Europe. She suffered traumatic personal injuries when she fell onto the tracks at the Innsbruck, Austria, train station while attempting to board a train operated by the Austrian state-owned railway. She sued the railway in Federal District Court, arguing that her suit was not barred by sovereign immunity because it is ‘based upon’ the railway’s sale of the pass to her in the United States. We disagree and conclude that her action is instead ‘based upon’ the railway’s conduct in Innsbruck. We therefore hold that her suit falls outside the commercial activity exception and is barred by sovereign immunity.” (OBB Personenverkehr AG v. Sachs (2015) ___U.S.___ [136 S.Ct. 390, 193 L.Ed.2d 269, 25 Fla. L. Weekly Fed. S. 561].)

Litigation is a process that can be difficult to navigate, but it doesn't have to be. Insurance coverage litigation varies from case to case and depends on the specific situation of each plaintiff or defendant. There are many different types of insurance claims including medical … END_OF_DOCUMENT_TOKEN_TO_BE_REPLACED

Insurance defense attorneys are lawyers that specialize in defending those who have been wrongfully accused of insurance fraud. They help individuals and businesses with claims that involve a violation of the law or liability under an insurance policy. Insurance defense is a … END_OF_DOCUMENT_TOKEN_TO_BE_REPLACED

Do you feel like your legal case isn't being handled correctly? Are you worried that your legal matters aren't going to be taken seriously? Or maybe you just need someone who is qualified and experienced in taking care of what's important to you. If any of this sounds … END_OF_DOCUMENT_TOKEN_TO_BE_REPLACED