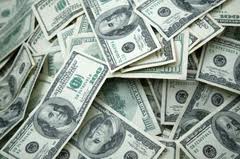 An attorney, who represented a client in two divorce cases and a related Marvin action [Marvin v. Marvin (1976) 18 Cal.3d 660 [134 Cal.Rptr. 815, 557 P.2d 106]] without a statutorily required written hourly or contingency fee agreement, sued his client for the reasonable value of the services he rendered in the three cases. The jury, using a multiplier of five to increase the attorney’s hourly rate to $5,000 per hour, awarded the attorney $7.8 million in attorney fees. That amount greatly exceeded the amount that would have been due under an alleged oral hourly rate agreement and the amount to which the attorney would have been entitled under a contingency fee agreement the parties discussed towards the end of the representation, but to which the parties did not agree. The appellate court reversed, stating: “We hold that under the circumstances of this case, there was no legal or equitable justification for applying a multiplier to the lodestar amount of attorney fees found by the jury. Such multipliers generally are appropriate when, from the outset of an action, an attorney voluntarily assumes the contingent risk of nonpayment for his services—a risk not present here. Therefore, the trial court erred by instructing the jury that it could apply a multiplier to the lodestar amount. In addition, the jury award was excessive and inequitable. Accordingly, we reverse the judgment and remand the matter to the trial court with instructions to enter a new judgment on the special verdict form awarding the attorney a $1.8 million lodestar amount, minus certain deductions made in the original judgment, based on the jury findings of $1,000 per hour as the reasonable hourly rate and 1,800 hours as the reasonable number of hours expended on the two divorce cases and the Marvin action.” (Chodos v. Borman (2014) 227 Cal.App.4th 76 [173 Cal.Rptr.3d 266].) The Current Decision: This time around, after the trial court followed the directions of the Court of Appeal, the appellate court modified the judgment to add interest on the attorney fees award and costs, commencing from the date of the September 19, 2013 judgment at the rate of 10 percent per annum. (Chodos v. Borman (Cal. App. Second Dist. Div. 5; August 18, 2015) 239 Cal.App.4th 707 [190 Cal.Rptr.3d 889].)

If you are a business owner, then you know that contracts are an important part of doing business. Contracts set the parameters for a deal and protect both parties involved. Unfortunately, contract disputes can happen. If you think you might be dealing with a breach of contract, … END_OF_DOCUMENT_TOKEN_TO_BE_REPLACED

If you're in the market for a property ownership attorney, it's important to know what to look for. Not all attorneys are created equal, and you'll want to make sure you choose one who is experienced, educated, reputable and responsive.  In this blog post, we will go over five … END_OF_DOCUMENT_TOKEN_TO_BE_REPLACED

When you’ve lost someone close to you, the last thing you may want to think about is filing a lawsuit. However, in some cases, wrongful death suits can be the best way to get justice for your loved one and ensure that the responsible party is held accountable. What is a … END_OF_DOCUMENT_TOKEN_TO_BE_REPLACED