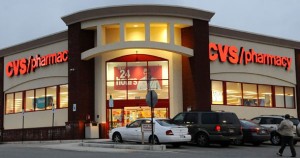 The complaint alleges a drug store chain has a corporate policy of automatically terminating employees who do not work any hours for 45 consecutive days, and that the policy discriminates against qualified individuals with disabilities in violation of the Fair Employment and Housing Act [FEHA; Government Code section 12900 et seq.]. But the named plaintiff is not disabled and was not terminated, and the trial court sustained the employers’ demurrer for lack of standing, giving 90 days leave to amend. The trial court also granted plaintiff’s motion to compel discovery of the names and contact information of current and former employees.  The employers filed a petition for writ of mandate challenging the trial court’s order. The Court of Appeal issued an alternative writ of mandate, finding the trial court abused its discretion in allowing precertification discovery, and stating: “There is no evidence in the record that [the named plaintiff] had any reason to believe she was a victim of the alleged termination policy when she filed suit. . .the potential for abuse of the class procedure is self-evident where the only named plaintiff has never been a member of the class.”  (CVS Pharmacy, Inc. v. Sup. Ct. (Charlene Deluca) (Cal. App. Third Dist.; September 15, 2015) (Ord. Pub. October 15, 2015) 241 Cal.App.4th 300 [193 Cal.Rptr.3d 574].)

If you are a business owner, then you know that contracts are an important part of doing business. Contracts set the parameters for a deal and protect both parties involved. Unfortunately, contract disputes can happen. If you think you might be dealing with a breach of contract, … END_OF_DOCUMENT_TOKEN_TO_BE_REPLACED

If you're in the market for a property ownership attorney, it's important to know what to look for. Not all attorneys are created equal, and you'll want to make sure you choose one who is experienced, educated, reputable and responsive.  In this blog post, we will go over five … END_OF_DOCUMENT_TOKEN_TO_BE_REPLACED

When you’ve lost someone close to you, the last thing you may want to think about is filing a lawsuit. However, in some cases, wrongful death suits can be the best way to get justice for your loved one and ensure that the responsible party is held accountable. What is a … END_OF_DOCUMENT_TOKEN_TO_BE_REPLACED