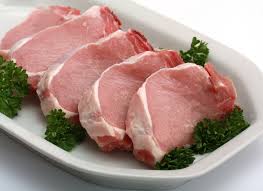 A prison inmate is a Muslim and a member of the Nation of Islam, a religious organization. His religious beliefs forbid him from consuming or handling pork. Prison officials ordered the inmate to cook pork loins as part of his kitchen duties. The Ninth Circuit held prison employees violated the inmate’s clearly established right to avoid handling pork on the basis of his religious beliefs, and that the employees were not entitled to qualified immunity for their conduct. With regard to the inmate’s argument the prison’s method of cleaning the cooking grills left pork residual on the grills, the appeals’ court said the issue was moot because the inmate had already been released, but “even assuming that [the inmate] has raised an issue of fact as to whether the grill-cleaning method resulted in the grills being contaminated by Islamic standards or violations of Department regulations, he has failed to show the prison’s grill-cleaning method imposed a substantial burden on his religious exercise.” (Jones v. Williams (Ninth Cir.; June 26, 2015) 791 F.3d 1023.)

Did you know that on average, 95% of lawsuits are settled before they go to trial? With that statistic in mind, hiring a personal injury lawyer to handle your claim can ensure that you're getting the amount you deserve from your claim, regardless of the stage at which you're … END_OF_DOCUMENT_TOKEN_TO_BE_REPLACED

Landlord-tenant law can be complex, and it's a constantly evolving area of law. To ensure that both landlords and tenants are aware of their rights and responsibilities, it's important for them to understand the basics of landlord-tenant law in California. Having a Landlord or … END_OF_DOCUMENT_TOKEN_TO_BE_REPLACED

Homeowner construction flaws and unforeseen shortcomings can quickly become complex and difficult to manage. With the amount of work involved in the construction process, there's a high potential for errors to occur at any stage. If something goes wrong, it can be hard to know … END_OF_DOCUMENT_TOKEN_TO_BE_REPLACED