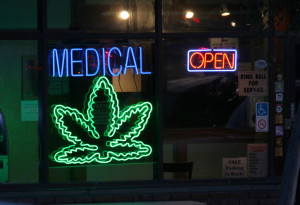 The City of Los Angeles sought an abatement of a public nuisance against operators of medical marijuana clinics who were violating the law. One of the remedies sought by the City was an award of civil penalties. The trial court denied the City’s motion for summary judgment and summary adjudication, basing its ruling on its view that claims for penalties made under the statutory schemes involved are elements of the causes of action alleged. The appellate court granted the City’s petition for writ of mandate, stating: “We hold that the penalties which the People seek are among the remedies available to them rather than the elements of the causes of action which they allege. . . We therefore issue a writ of mandate . . . and remand the matter to the trial court to fully consider the People’s motion. . (People v. Superior Court (Cahuenga’s the Spot) (Cal. App. Second Dist., Div. 5; March 9, 2015) 234 Cal.App.4th 1360, [184 Cal.Rptr.3d 809].)

Many unfortunate circumstances can lead to someone not being financially stable. Finding yourself in an unstable financial situation while paying back loans can be especially difficult. While you may find your next steps elusive and overwhelming, there are some options. One … END_OF_DOCUMENT_TOKEN_TO_BE_REPLACED

A contract is a written agreement to help define the relationship between a business and an individual. Disputes can occur when one party breaches the terms of the contract, or if there is a disagreement regarding how it is worded.  Disputes with company contracts, non-compete … END_OF_DOCUMENT_TOKEN_TO_BE_REPLACED

Defective construction is a deficiency in a building or other structure type. Construction defects can delay projects and cause extensive injuries. Instances of defective construction occur because of poor design, low-quality materials, and poor workmanship. If you believe you … END_OF_DOCUMENT_TOKEN_TO_BE_REPLACED