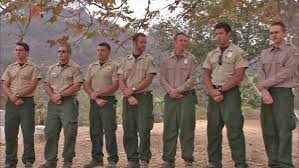 Class action plaintiff alleges a public entity operating a recreational park violates the Vehicle Code by issuing traffic citations based upon video camera images of a license plate, but not of the driver of a car in the park.  An ordinance authorizes the entity to use “automated” photographic or video equipment to enforce another ordinance about motor vehicles. In effect, the registered owner of a vehicle is liable for a stop sign violation. In this case, an automated video camera recorded a vehicle registered to plaintiff failing to stop on a roadway in a parkland property, and a park ranger issued and mailed an administrative citation to him. The trial court sustained the entity’s demurrer, and the Court of Appeal affirmed. The appellate court said the entity’s authority is derived from the Public Resources Code and Vehicle Code section 21 states that control under the Vehicle Code does not impair the entity’s authority to enforce ordinances relating to the management of its parklands.  (Everett v. Mountains Recreation & Conservation Authority (Cal. App. Second Dist. Div. 3; August 13, 2015) 239 Cal.App.4th 541 [191 Cal.Rptr.3d 59].)

Short sales have become a popular alternative for people struggling to keep up with their mortgage payments. But what is a short sale, and do you qualify? What is a Short Sale? A short sale is a sale of real estate in which the proceeds from the sale are insufficient to cover … END_OF_DOCUMENT_TOKEN_TO_BE_REPLACED

We often associate going to see an attorney with legal problems, but an attorney can help you in many different aspects of business. Whether you are just starting your business or have been in business for many years, an experienced business attorney can be an asset, providing … END_OF_DOCUMENT_TOKEN_TO_BE_REPLACED