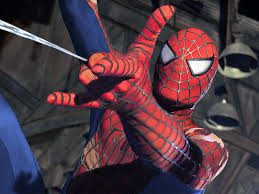 In 1990, an inventor obtained a patent for pressurized foam that can be shot in a way that mimics a spider’s string. Marvel Entertainment makes and markets products featuring Spider-Man, and Marvel began marketing a Web Blaster which shoots out foam, but without remunerating the inventor. Litigation for patent infringement ensured in 1997, and was eventually settled with an agreement Marvel would pay royalties to the inventor. A few years later, citing Brulotte v. Thys Co. (1964) 379 U.S. 29 [85 S.Ct. 176, 13 L.Ed.2d 99], Marvel brought an action for declaratory relief, asking the federal court to declare it need not pay the inventor any royalties after the end of the patent term in 2010. Marvel won at every level of the federal court.  The United States Supreme Court held: “The sole question presented here is whether we should over-rule Brulotte. Adhering to principles of stare decisis, we decline to do so. Critics of the Brulotte rule must seek relief not from this Court, but from Congress.” (Kimble v. Marvel Entm’t, LLC (U.S. Sup. Ct.; June 22, 2015) ___U.S.___ [135 S.Ct. 2401, 192 L.Ed.2d 463].)

Did you know that on average, 95% of lawsuits are settled before they go to trial? With that statistic in mind, hiring a personal injury lawyer to handle your claim can ensure that you're getting the amount you deserve from your claim, regardless of the stage at which you're … END_OF_DOCUMENT_TOKEN_TO_BE_REPLACED

Landlord-tenant law can be complex, and it's a constantly evolving area of law. To ensure that both landlords and tenants are aware of their rights and responsibilities, it's important for them to understand the basics of landlord-tenant law in California. Having a Landlord or … END_OF_DOCUMENT_TOKEN_TO_BE_REPLACED

Homeowner construction flaws and unforeseen shortcomings can quickly become complex and difficult to manage. With the amount of work involved in the construction process, there's a high potential for errors to occur at any stage. If something goes wrong, it can be hard to know … END_OF_DOCUMENT_TOKEN_TO_BE_REPLACED