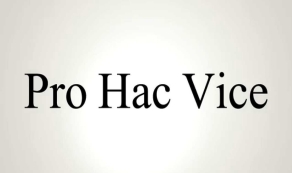 In a class action involving a retailer’s practice of requesting personal information from consumers during credit card transactions, the settlement agreement between the parties provided the retailer would not oppose class counsel’s application for court approval of attorney fees and costs in the amount of $210,000 and payment to plaintiff of an incentive award in the amount of $3,500. The initial complaint listed California counsel as plaintiffs’ counsel of record and several out-of-state lawyers with the notation “pro hac vice admittance to be sought.” One of the lawyers practices in Illinois, but while an application for admission pro hac vice in California was filed, no order was ever issued because the application was defective. At the time of the motion to confirm the settlement, the court conducted a hearing on a renewed application and denied it because of “the great number of pro hac vice applications” [Rule 9.40(b) of the California Rules of Court states: “Absent special circumstances, repeated appearances by any person under this rule is a cause for denial of an application.”] The trial court approved the settlement, awarded $11,000 in fees and $500 as a plaintiff’s incentive. The Court of Appeal affirmed, stating “A fundamental principle of California law, enshrined in the State Bar Act (Business & Professions Code section 6000 et seq.), is that no person may ‘practice law in California’ unless that person is an active member of the State Bar. (Bus. & Prof. Code § 6125.) As a corollary principle, no person may recover compensation for practicing law ‘in California’ unless that person was a member of the State Bar or admitted pro hac vice at the time the services were performed, or the legal services fall within an exception.” (Golba v. Dick’s Sporting Goods, Inc. (Cal. App. Fourth Dist., Div. 3; July 24, 2015) 238 Cal.App.4th 1251 [190 Cal.Rptr.3d 337].)

If you are a business owner, then you know that contracts are an important part of doing business. Contracts set the parameters for a deal and protect both parties involved. Unfortunately, contract disputes can happen. If you think you might be dealing with a breach of contract, … END_OF_DOCUMENT_TOKEN_TO_BE_REPLACED

If you're in the market for a property ownership attorney, it's important to know what to look for. Not all attorneys are created equal, and you'll want to make sure you choose one who is experienced, educated, reputable and responsive.  In this blog post, we will go over five … END_OF_DOCUMENT_TOKEN_TO_BE_REPLACED

When you’ve lost someone close to you, the last thing you may want to think about is filing a lawsuit. However, in some cases, wrongful death suits can be the best way to get justice for your loved one and ensure that the responsible party is held accountable. What is a … END_OF_DOCUMENT_TOKEN_TO_BE_REPLACED