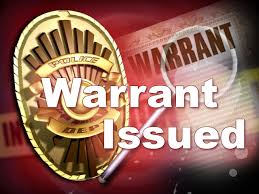 Plaintiff alleges Sheriff’s deputies unlawfully entered her residence on two occasions, attempting to arrest her daughter pursuant to a bench warrant which had already been recalled. In the process, she says a deputy made defamatory statements to her neighbors.  She brought an action against the County, the Sheriff and the deputies. Defendants moved to strike under the anti-SLAPP statute [Code of Civil Procedure section 425.16], and the trial court denied the motion. The appellate court noted no previous published California case has addressed whether a peace officer’s execution of a warrant is protected activity under the anti-SLAPP statute. The appellate court stated the anti-SLAPP statute is designed to protect the “valid exercise” of a person’s rights, and concluded it was not persuaded that execution of an arrest warrant qualifies for that protection. Nor was the appellate court persuaded protection is due for one of the deputies’ alleged defamatory remarks made during the course of execution of the warrant. The trial court’s order denying the motion to strike was affirmed. (Anderson v. Geist (Cal. App. Fourth Dist., Div. 2; April 22, 2015) 236 Cal.App.4th 79 [186 Cal.Rptr.3d 286].)

For years you diligently save up to buy your first house. After months of searching through listings, you finally find your dream home and make an offer that gets accepted. Just days before closing, everything goes smoothly until you get an email from your "real estate agent" … END_OF_DOCUMENT_TOKEN_TO_BE_REPLACED

According to the Bureau of Transportation, around 13 car crashes occur every minute in the U.S. When an accident happens it's important to know what steps to take and how to protect your rights. The most important step you can take is to hire a qualified car accident attorney … END_OF_DOCUMENT_TOKEN_TO_BE_REPLACED