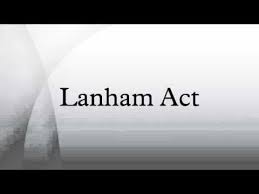 Plaintiffs are the children of celebrity Bob Marley who formed an entity to exploit the assets, rights and commercial interests of the now deceased Marley. Defendants purchased photographs of Marley from a photographer and produced Bob Marley T-shirts which were sold by Target, Walmart and other retailers. Plaintiffs sued defendant, alleging four causes of action. The federal district court granted summary judgment to defendants on the common law trademark infringement claim as well as the state law right of publicity claim. The two remaining claims, false endorsement under 15 U.S.C. § 1125(a) and trademark infringement under 15 U.S.C. § 1114, were tried to a jury. The jury awarded plaintiffs $300,000, and the court ordered defendants to pay disgorgement of profits payments of approximately $800,000. In a lengthy opinion, the Ninth Circuit affirmed, stating: “We conclude that the evidence presented at trial was sufficient for a jury to find Defendants violated the Lanham Act by using Marley’s likeness. Our narrow holding relies on the familiar principles that underlie celebrity false endorsement claims, and we reject Defendants’ contention that the application of these principles results in a federal right of publicity.” (Fifty-Six Hope Rd. Music, Ltd. v. A.V.E.L.A., Inc. (Ninth Cir.; February 20, 2015) 778 F.3d 1059.)

Did you know that on average, 95% of lawsuits are settled before they go to trial? With that statistic in mind, hiring a personal injury lawyer to handle your claim can ensure that you're getting the amount you deserve from your claim, regardless of the stage at which you're … END_OF_DOCUMENT_TOKEN_TO_BE_REPLACED

Landlord-tenant law can be complex, and it's a constantly evolving area of law. To ensure that both landlords and tenants are aware of their rights and responsibilities, it's important for them to understand the basics of landlord-tenant law in California. Having a Landlord or … END_OF_DOCUMENT_TOKEN_TO_BE_REPLACED

Homeowner construction flaws and unforeseen shortcomings can quickly become complex and difficult to manage. With the amount of work involved in the construction process, there's a high potential for errors to occur at any stage. If something goes wrong, it can be hard to know … END_OF_DOCUMENT_TOKEN_TO_BE_REPLACED