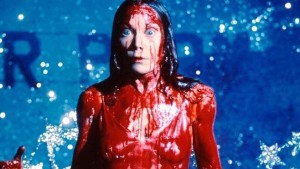 While exiting a haunted house attraction, a patron was confronted by a final scare known as the “Carrie” effect—so named because, like the horror film Carrie, patrons are led to believe the attraction is over, only to be met by one more extreme fright. While running away from an actor wielding a gas powered chainsaw [chain removed], the patron fell, was injured and sued the owner of the attraction. Under the theory of primary assumption of risk, the trial court granted summary judgment to the attraction. In affirming, the Court of Appeal noted there was no evidence the persons operating the attraction unreasonably increased the risk of injury beyond those inherent risks or acted recklessly.” (Griffin v. The Haunted Hotel, Inc. (Cal. App. Fourth Dist., Div. 1; November 20, 2015) 242 Cal.App.4th 490 [194 Cal.Rptr.3d 830].)

If you are a business owner, then you know that contracts are an important part of doing business. Contracts set the parameters for a deal and protect both parties involved. Unfortunately, contract disputes can happen. If you think you might be dealing with a breach of contract, … END_OF_DOCUMENT_TOKEN_TO_BE_REPLACED

If you're in the market for a property ownership attorney, it's important to know what to look for. Not all attorneys are created equal, and you'll want to make sure you choose one who is experienced, educated, reputable and responsive.  In this blog post, we will go over five … END_OF_DOCUMENT_TOKEN_TO_BE_REPLACED

When you’ve lost someone close to you, the last thing you may want to think about is filing a lawsuit. However, in some cases, wrongful death suits can be the best way to get justice for your loved one and ensure that the responsible party is held accountable. What is a … END_OF_DOCUMENT_TOKEN_TO_BE_REPLACED