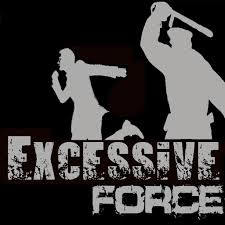 In an excessive force wrongful death action against police officers, a jury found that two of the three officers did not use excessive force and the third did use excessive force, but, that force was not a substantial factor in causing the death. The court entered judgment in favor of defendants and awarded defendants costs of $66,453.02. On appeal, the plaintiff, decedent’s mother, contended the trial court erred in denying her motion in limine to exclude evidence of decedent’s cocaine intoxication at the time of the incident, but the appeals court found no abuse of discretion. Additionally, the appellate court found the trial court’s failure to instruct on negligence regarding the officers’ tactical decisions to be harmless error. With regard to other claims of inadequate jury instructions, the Court of Appeal noted the officer “had to make a series of split-second decisions as to whether and how to detain [decedent] and what degree of force was required…Thus, [the officer] could not be held liable unless he acted with a purpose to cause harm.” As to the costs’ award, the appellate court rejected defendants’ argument a separate appeal was necessary. The court stated: “A cost award that is incidental to a judgment may be challenged on an appeal from the judgment even though the amount of costs was filled in on the judgment after the notice of appeal was filed.” Because there was no basis for awarding attorney fees, plaintiff contended that defendants’ claim for over $40,000 in paralegal costs should have been rejected, but the appellate court stated: “[T]hese costs reflected amounts the defendants incurred for preparation and presentation of electronic evidence, including videos of deposition testimony, exhibits and excerpts from audio recordings, at trial,” and that “these costs are neither specifically allowable under Code of Civil Procedure section 1033.5, subdivision (a), nor prohibited by subdivision (b). They may be awarded provided they are ‘reasonably necessary to the conduct of the litigation rather than merely convenient or beneficial to its preparation.’” The court noted that jurors expect the use of technology and the trial court did not abuse its discretion in awarding the cost of that technology. The judgment was affirmed. (Green v. County of Riverside (Cal. App. Fourth Dist., Div. 1; July 29, 2015) 238 Cal.App.4th 1363 [190 Cal.Rptr.3d 693].)

Mark A. Mellor, Esq. was featured on ABC 10News San Diego, where several homeowners claim that a well-known solar company suddenly closed their doors and took off with their payments. "Attorney Mark Mellor specializes in construction law. He tells homeowners to check all … END_OF_DOCUMENT_TOKEN_TO_BE_REPLACED

In nearly any kind of enterprise, a business attorney is critically important in making sure that business transactions are conducted in appropriate ways. In general, business attorneys help their clients with everything involved in operationally running a business – from payroll … END_OF_DOCUMENT_TOKEN_TO_BE_REPLACED