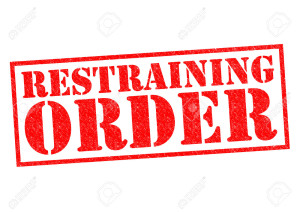 Out of the blue, a woman started receiving letters saying strange and scary things, from a man she knew in high school decades earlier. She requested a restraining order under Code of Civil Procedure section 527.6, and the court issued the order. At a 2014 hearing wherein the woman requested the court to renew the order, the man opposed the order, but this time around he had a lawyer representing him. The lawyer argued the man was a “less-than-artful communicator with a slight stutter and a very naïve view of the court system” who appeared at the 2011 hearing without an attorney, witnesses or evidence, only to be “laughed at in court, humiliated, unable to effectively communicate with the court because of the intense pressure he felt.” The trial court renewed the restraining order. On appeal, the man contended the court “mechanically” granted the request to renew the restraining order. In reversing, the Court of Appeal stated: “Because we agree that the trial court erred in not recognizing that it had discretion whether to grant a renewal, we reverse and remand. . . to allow the trial court to make an informed exercise of its discretion.” (Cooper v. Bettinger  (Cal. App. Second Dist., Div. 1; November 12, 2015) 242 Cal.App.4th 77 [194 Cal.Rptr.3d 772].)

If you are at risk of losing your job or you’ve been told that you’re no longer needed in your workplace, it’s important to know what your rights are. When you know what you’re legally entitled to, as well as how to take action against your former employers, you’ll be able to … END_OF_DOCUMENT_TOKEN_TO_BE_REPLACED

Dealing with financial difficulties can be worrisome, and ignoring them isn’t beneficial. Essential bills, like your rent or mortgage, should always be a top priority on your to-do list. However, there are times when you might struggle to fund these critical … END_OF_DOCUMENT_TOKEN_TO_BE_REPLACED

Getting in a car crash can be detrimental to your physical and mental well-being. To compensate for stress, injuries, and damage to your vehicle, you should ensure that you get the compensation you deserve. An experienced personal injury lawyer can help you with that. Reasons … END_OF_DOCUMENT_TOKEN_TO_BE_REPLACED