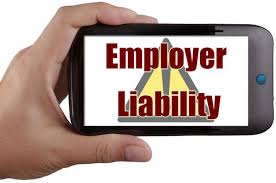 A social worker, who was not assigned to the then-15-year-old foster child volunteered to transport the child to his new foster home. The transfer was completed without incident, but the social worker went back to the new foster home after hours and picked up the child. He took him to a liquor store and then back to his apartment where he sexually attacked the child. The child thereafter brought an action against the County, relying on the holding in Mary M. v. City of Los Angeles (1991) 54 Cal.3d 202 [285 Cal.Rptr. 99, 814 P.2d 1341], a case involving a female motorist stopped late at night by a city police officer who raped her, which case held the woman could sue the city under a theory of respondeat superior. In the present case, the trial court granted summary judgment in favor of the County. Expressing doubt that Mary M could be applied beyond the narrow context of an arrest performed by a uniformed, armed police officer in the normal course of that officer’s duties, the Court of Appeal affirmed, finding the undisputed facts here take this case out of Mary M.’s reach. The appeals court noted the attack took place several hours after the social worker finished his shift and that he had already delivered the child to the new home without incident. (Z.V. v. County of Riverside (Cal. App. Fourth Dist., Div. 3; July 16, 2015) 238 Cal.App.4th 889 [189 Cal.Rptr.3d 570].)

COVID-19 has wrought havoc on businesses and supply chains as organizations worldwide have slowed to a halt. With everyone staying indoors to stop the spread of the virus, many businesses have been left without customers to sell to and means to operate—or means to follow through … END_OF_DOCUMENT_TOKEN_TO_BE_REPLACED

Court battles have the unfortunate reputation of being long, arduous, and expensive. But they don’t have to be. Even though some people would rather pull their teeth out than go through a legal dispute, the decision to get involved is sometimes out of your control. But the good … END_OF_DOCUMENT_TOKEN_TO_BE_REPLACED

A contract is a legally binding agreement between two parties. Contracts are common, and often necessary, for agreements between an employer and an employee, a contractor and subcontractors, a realtor and home purchaser, a tenant and landlord, or numerous other combinations of … END_OF_DOCUMENT_TOKEN_TO_BE_REPLACED