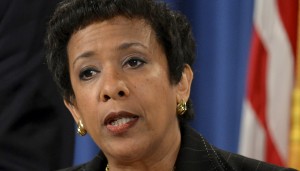 To be eligible for asylum relief, a petitioner is required to establish refugee status, i.e., that he is an alien unwilling or unable to return home “because of persecution or a well-founded fear of persecution on account of race, religion, nationality, membership in a particular social group, or political opinion.” [entered the United States without inspection on September 10, 2007.] On June 15, 2009, gang members killed his father outside of his father’s Evangelical Christian church in Guatemala. Petitioner’s cousin witnessed the murder and agreed to testify against the perpetrators. She was murdered the day before the hearing. Petitioner asserts that she was killed in retaliation for her willingness to cooperate with the authorities and to prevent her appearance as a witness against the gang members who killed his father. In the wake of his cousin’s death, petitioner’s sister began receiving threats, even though she had neither witnessed the attack on her father nor agreed to testify against the gang members responsible. Due to these threats, she felt compelled to flee to the United States. Both an immigration judge and the Board of Immigration Appeals [BIA] denied petitioner’s plea for asylum relief. Noting that “membership in a particular social group” is an enigmatic and difficult to define term, the Ninth Circuit remanded the matter, stating: “In the face of [petitioner’s] social group claim and the evidence that gang members killed [his] father, murdered his cousin and threatened his sister, the BIA erred in not addressing the family aspect of [petitioner’s] social group claim.” (Rios v. Loretta E. Lynch, Attorney General  (Ninth Cir.; December 1, 2015) (Case No. 12-72551).)

Homeowner construction flaws and unforeseen shortcomings can quickly become complex and difficult to manage. With the amount of work involved in the construction process, there's a high potential for errors to occur at any stage. If something goes wrong, it can be hard to know … END_OF_DOCUMENT_TOKEN_TO_BE_REPLACED

The rate of foreclosures for May 2022 in the US was about 1 out of every 4,500 houses. The first step in the foreclosure process is usually a notice of default from your lender. This notice means that you have fallen behind on your mortgage payments, and will state how much you … END_OF_DOCUMENT_TOKEN_TO_BE_REPLACED

Are you behind on your mortgage payments and facing foreclosure? Do you not know what to do or where to turn? You are not alone. Millions of Americans each year find themselves in the same situation. Foreclosure can be a very frightening process, but you have legal options. Learn … END_OF_DOCUMENT_TOKEN_TO_BE_REPLACED